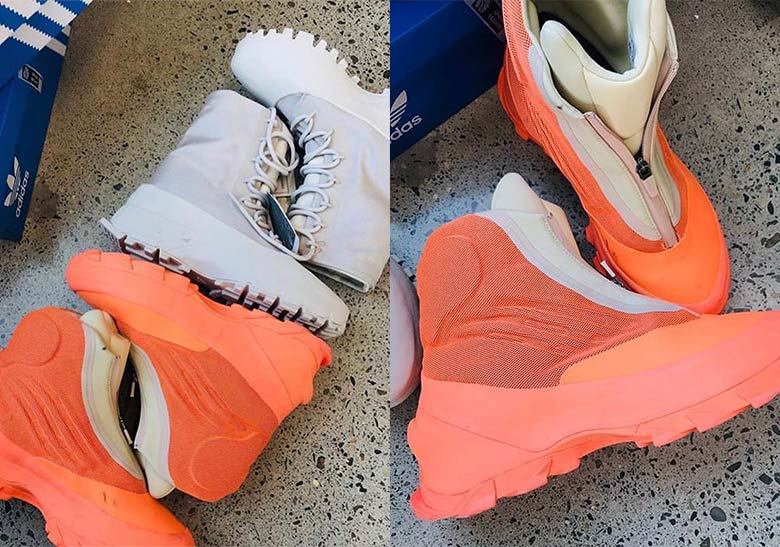 Though seemingly not as well-taken as, say, the fan-favorite 350 v2 or the 700, Kanye West‘s line-up of boot models for sure had their own fanatics as they seamlessly went really well with the artist-turned-designer’s Yeezy label. And now, at last, after setting up his personal head-quarter in Wyoming, West is giving his hand yet again as teasers of both the Yeezy 1020 and Yeezy 1050 V3 have been spotted on social media.

The latter, though obviously nothing new, has just been updated like that of the before mentioned 700; but while this would typically bring about sweeping hauls, the 1050 v3 looks to appear as it did prior, an army-esque frame highlighted to on-brand neutrals. Here, the upper is covered in a dark, subtly earth-tinted grey that goes lighter as it hits the laces and tongues as well as the whole bottom portion. Toe caps sweep back towards the heel in this brighter shade, bringing along the sole whose outsole expands just a bit farther out than it would normally.

In departure, the 1020 iteration seems far more indulged, made with a language visually similar to the rest of the Yeezy umbrella. Side profiles, which provide ballistic-like fabric and neon orange hues, are designed with arced lines and circular shapes in a trend somewhat similar to the Quantum. Everywhere else, the tooling contrasts just a bit brighter as it takes up a good deal of the model’s bulk in its trail shape. To sum up the boot the midfoot is tightened with a waterproof zipper up to the heavily cushioned tan tongue.

Take a detailed look at both sneakers right here and expect to learn more about their release sometime soon.