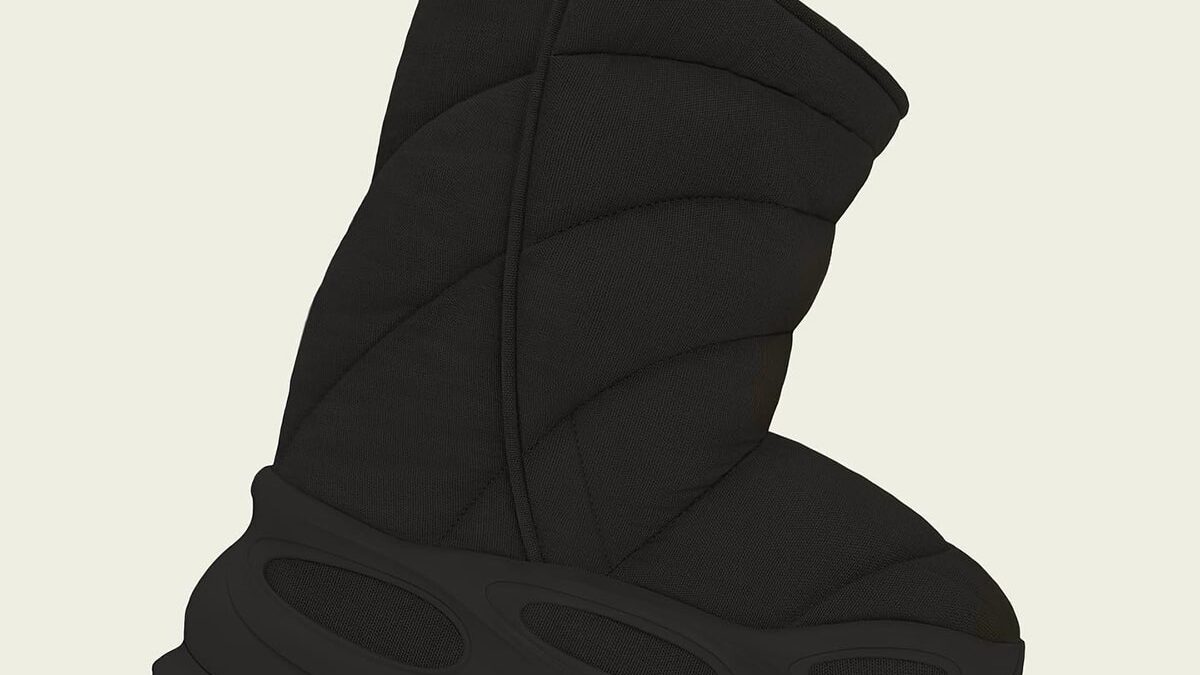 Kanye West’s unique vision has given the world some of the wildest sneaker concepts like the fully-fledged scuba shoes and the recently-released YEEZY Knit Runner. Amongst his latest, the YEEZY NSLTD Boot was widely bashed — but it also found sweeping acclaim. And just now Ye has unveiled a brand-new black colorway of the toasty boot at the Thanksgiving charity game in Atlanta.

The rapper was candidly snapped on courtside at the Staples Center chatting with Jimmy Goldstein when he gave us a very first look at the all-black NSLTD Boot, which is said to be constructed with a fully reflective upper, though here that is not shown. It’s in-set to a murdered out runner sole, with not a fleck of color or contrast to be seen.

As of now, there is no official date for the release of the YEEZY NSLTD Boot in the black colorway.

Balenciaga creates a red,black and white colorway for the Drive sneakers