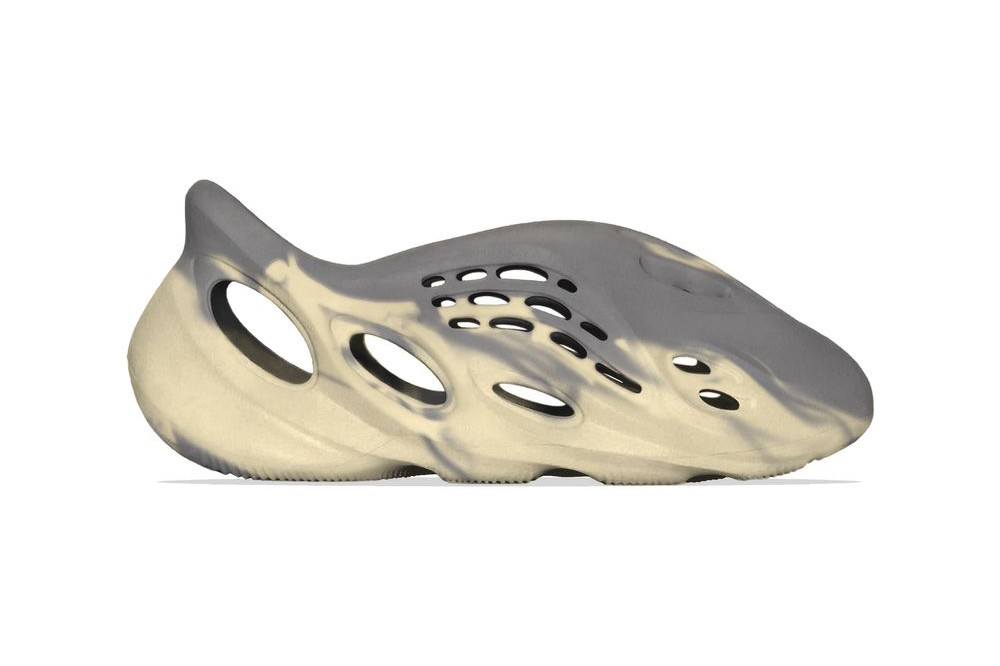 Adidas and Kanye have big plans for spring in terms of YEEZY releases. The duo will be stepping into spring season with two new colorways of the fictitious YEEZY FOAM RNNR: “MXT Moon Grey” and “Sand”. Post the 2020 release of the FOAM RNNR’s initial colorway it is considered one of the best silhouettes of the year. The upcoming colorways of the FOAM RNNR’s namely “MXT Moon Grey” and “Sand” bring to the table a monochromatic as well as a marbled markup.

Divided by looks united by build, both the pairs are constructed of a sustainable algae-based foam. The “MXT Moon Grey” offers a two tone makeup with the tan hue occupying the bottom while the moonrock-style grey settles on the top. The “Sand” on the other hand is rather plain and subtle with a sandy shade overall. Both feature large oval perforations on the heel and midfoot with dotted detailing atop the foot. The structure of the FOAM RNNR gives one a choice to wear or not to wear socks with it making it a perfect summer and spring clog option.

As per YEEZY MAFIA, both the colorways are set to release on the 26th of March for a retail price of $80 USD pending official confirmation from adidas.

A KAWS and Reese’s Puffs Collab Is on the Way