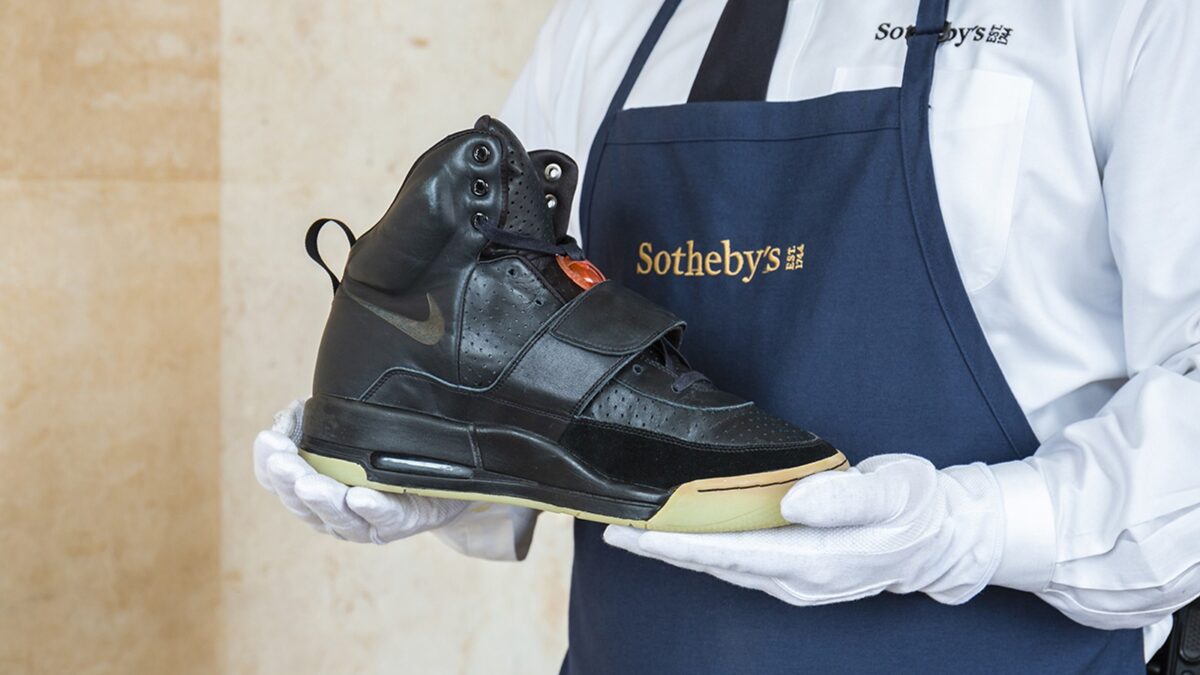 Sotheby’s will be hosting a private sale of one of the most valuable sneakers, Kanye West‘s Nike Air Yeezy 1 prototype from 2008. From April 16 to April 21, interested parties can submit offers as the shoe is expected to go for more than $1 million.

He debuted the silhouette in historic fashion by wearing the Air Yeezy 1, which was also his groundbreaking first signature sneaker with Nike, during an emotional performance at the 50th Annual Grammy Awards where he sang “Hey Mama” and “Stronger.”

West’s Nike Air Yeezy 1 created a pivotal effect as it was one of the earliest signature shoes created for an artist as opposed to an athlete. And since then, many brands have collaborated with musicians and other creatives to create signature footwear.

“This pair is critical to the development of the Yeezy franchise, which has become one of the most important sneakers and lifestyle brands in history,” said Brahm Wachter, Sotheby’s Head of Streetwear and Modern Collectables. “Debuted on-stage at the Grammys in 2008, the sneakers set off waves in the sneaker community as people tried to identify the mysterious pair. Afterward, we saw a series of collaborations between Kanye and Nike, and then later the birth of his line with Adidas.”

The Kanye-worn Air Yeezy 1 is on offer from sneaker collector and curator of @applied.arts.nyc, Ryan Chang, and will be on display to the public from April 16 to April 21 at the Hong Kong Convention and Exhibition Centre.