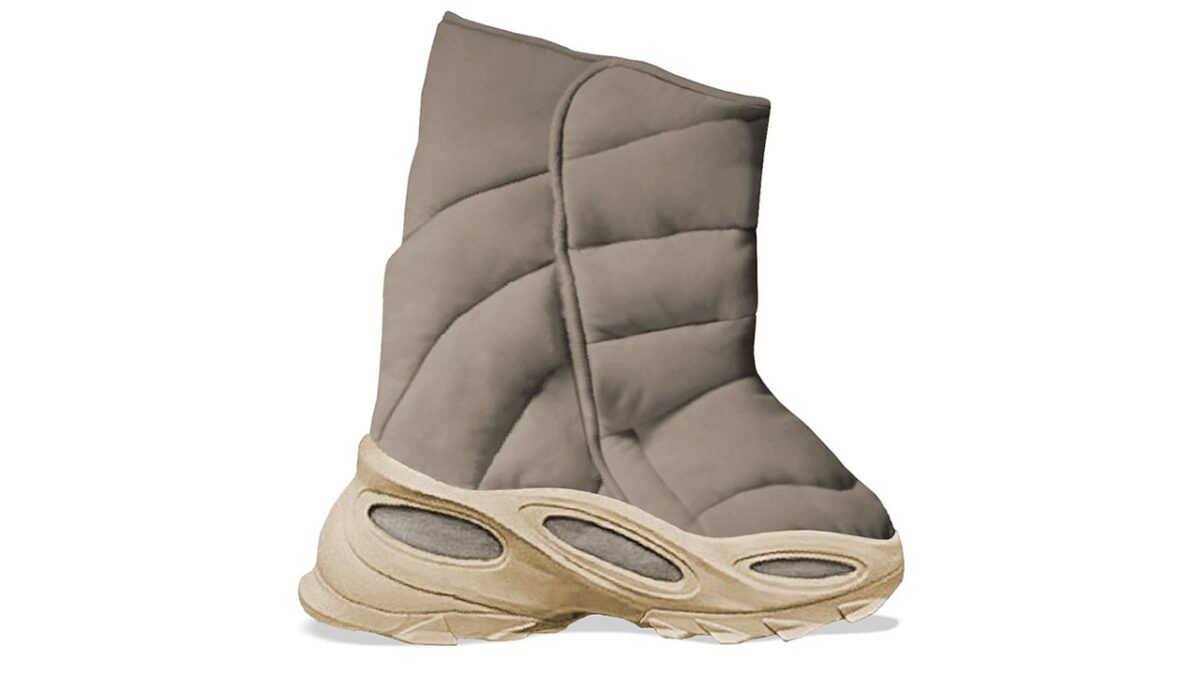 Kanye West’s last runway show was in March 2020 in Paris where he showcased his YEEZY SEASON 8 collection. Besides North West’s adorable singing performance as the models hit the stage, there were several product highlights. The YEEZY NSLTD BT – an acronym for YEEZY INSULATED BOOT – was recently introduced, and it has just been revealed in its “Khaki” colorway by YEEZY MAFIA.

While puffer-like shoes aren’t anything new to the footwear industry, companies such as The North Face have made the Thermoball Traction Mule V, but Ye takes this concept to an entirely new level with this model. A chunky silhouette is a great option for winter wear since the high-cut uppers are made with a ridged and puffed-up look to keep your feet warm and cozy. Down below, the sole unit is crafted to look like an exoskeleton, and a trio of punched-out holes also grace the component. It certainly speaks to the YEEZY FOAM RNNR’s design language.

The YZY NSLTD BT “Khaki” is expected to drop in November for $250 USD.