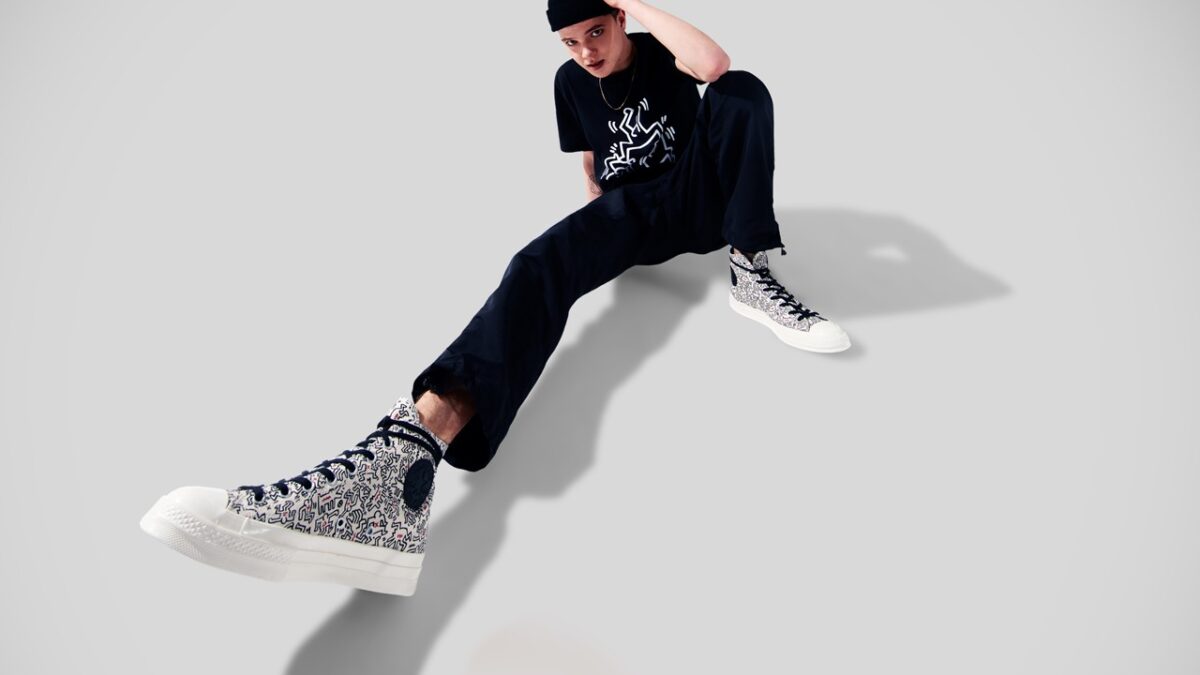 Keith Haring being the “All Star” of the art world, makes it perfect that the late artist’s work now is a subject of a Converse collaboration. The Converse Chuck 70, Chuck Taylor All Star, Pro Leather Low, and the new Run Star Hike’s silhouette along with Haring’s influential and niche work appear significantly on the four collaborative pairs. His signature style embodies a sense of creativity and self-expression and yet bears the flag for supporting and representing oppressed communities, as the work is cheerful and liberating yet grabbing your eye.

The New York City graffiti scene in haring’s wall of fame, often showcasing his work onto subway billboards and walls along the streets. This collaboration provides Converse’s signature sneakers as Haring’s canvas, with the artist’s playful characters enclosing the entire upper of the Chuck 70, Pro Leather, and the All Star in a classic black-on-white look with red detailing. Rest of the pairs of Chuck 70s are mostly paired-back with just thick black embroidery and midsole detailing adorning the creamy canvas uppers, which stays true for the Run Star Hike that’s served in black canvas with prominent red Converse details and white Haring artwork.

In the spirit of Haring’s expressive form, customers utilize the “Converse By You” program to customize their own Chuck 70, allowing you to choose from four main designs and edit the ankle patch, midsole, laces, foxing, pinstripes, heelstay, and lining accordingly.

Witness the Keith Haring x Converse collaboration in the campaign above, and shop from the Converse’s website and at select retailers worldwide on May 13