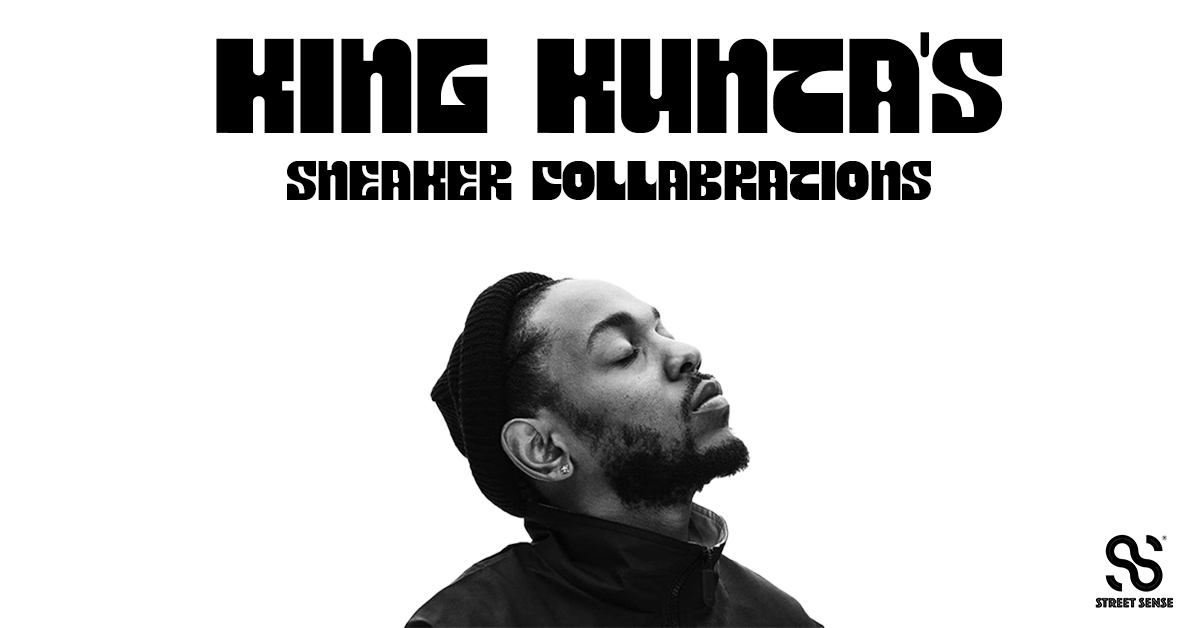 After a long absence from  the media, the 12-time GRAMMY winner, KENDRICK LAMAR DUCKWORTH. The American rapper has re emerged with one of the greatest albums of all times. Now that he is on the top of his game and back with several bangers, let’s take a look at his sneaker collaborations. Let’s take a look into some major collabs he has done so far,

Kendrick kicked off his Reebok “Red and Blue” Capsule Collection with the release of the Kendrick Lamar x Reebok “Ventilator.” The Ventilator was officially released in July 2015. Serving as the introduction for Lamar and Reebok’s anti-gang violence message, each shoe features mismatching red and blue accents.

Kendrick continued with the theme of uniting rival gangs and ending gang violence with the release of the Kendrick Lamar x Reebok “Classic Leather” in January 2016. Lamar and Reebok’s red-and-blue “neutral” concept was revisited on a new silhouette, the Classic Leather.

For his third sneaker collab released in July 2016, Kendrick continued with his message of unity but gave it a twist.His Kendrick Lamar x Reebok Classic Leather “Deconstructed” design featured a whipstitch detail that went down the center of the shoe. It also confined the red-and-blue themes to only one color per pair, with the “red” and “blue” texts replaced simply by “ree” and “bok.”

Released in the same month as the previous sneaker, the Kendrick Lamar x Reebok Classic “Perfect Split” focuses more on the split aspects of Kendrick’s life. While the suede-and-leather uppers are clearly divided, the sole brings together this separation by having the gum meet with the ice-like outsole in the middle and at the toe bumpers. The collaboration continued with a Classic Leather Perfect Split pack that blended materials across five different colorways, four of which are pictured here.

Kendrick’s Reebok “Red and Blue” Capsule Collection was finalized with the release of the Kendrick Lamar x Reebok Classic Leather “Lux” in November 2016. Last fall, Lamar and Reebok delivered their final Classic Leather in the form of this premium olive green and gum look. The hue represents the desire to reduce gang violence as other designs, and also represents community growth

Kendrick culminated his collaboration with Reebok with the release of the Kendrick Lamar x Reebok “Club C” in January 2017. The shoe’s black-and-white acid-washed denim upper symbolizes racial equality while the shocks of red signify passion. K.Dot is also represented again in the red-filled letter O on the Reebok label.

On January 26, 2018, the rapper dropped the Kendrick Lamar x Nike “Cortez Kenny I” sneaker, which sold out as quickly as it was released. Kendrick didn’t need to use so many symbolic designs for the Nike collab, considering the “Cortez” design itself is iconic in the rapper’s hometown of Compton. The only change Kendrick made was to print “DAMN.” on the sides and the tongue tags, which is in reference to his fourth studio album that features the same four-letter name.

The upper is imbued with reflective accents and premium leather patches on the eyestays and heel. The dark gray speckled React midsole recalls legendary colabs of yesteryear and, if all goes to plan, this drop will add to the illustrious list of Swoosh efforts.

Lamar is expected to drop much more drips in the coming future as he is in a current long deal with NIKE. Sneakerheads, get ready for a hustle