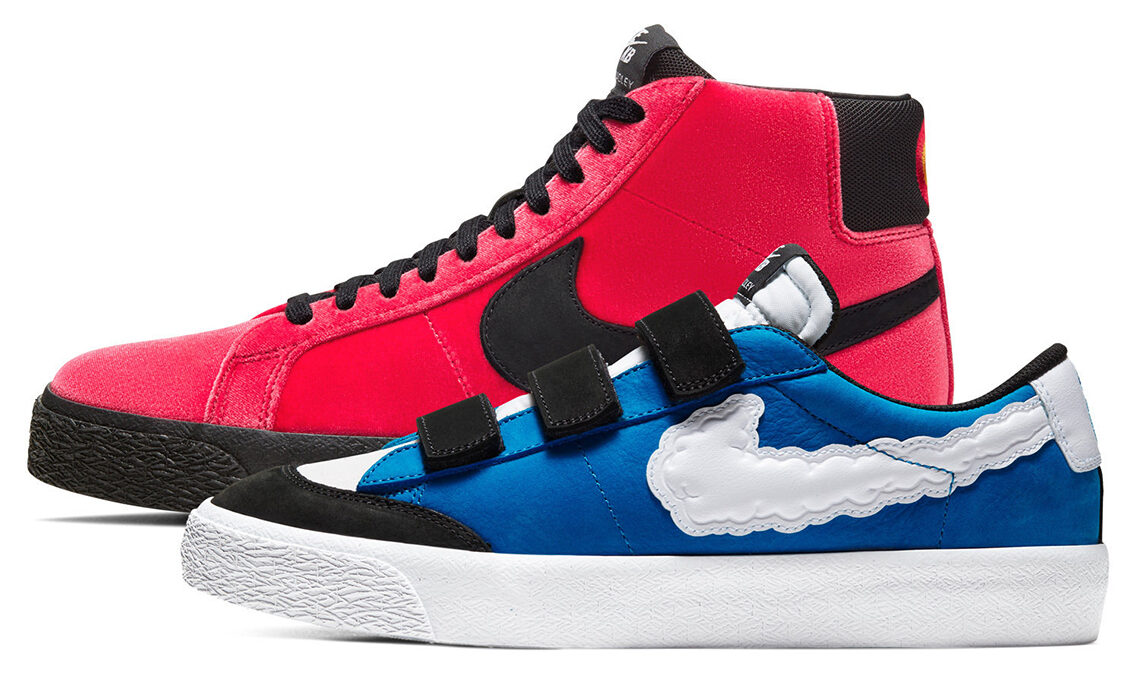 The upcoming Nike SB Blazers, which are in collaboration with Kevin Bradley, which were originally presumed to be two different colours of the same pair, are actually two different pairs, and both are an exclusive orange label release. The pairs are designed to encapsulate the skaters free spirit, going from a chill blue sky to a red homage to one of the Star Wars Prequels’ villains. The Blazer low, which hovers between a personal vignette and product of utility, was thought of by the way of Bradley’s imagination and experimentation. The cloud swooshes and subtle raindrop markings, located at the heel, pay homage to the skaters love for rain. Alongside that, a dark royal profile is seen, which eludes to a clear sky, and the white tongues and the matching midsoles compliment this theme. The tongue reads “Nike KB” and boasts three Velcro straps also. The Blazer Mid is more straight to the point. The pair borrows elements from the Darth Maul, who also happens to be Kevin’s favourite characters from the film universe. Hence, we see bright reds, and dark blacks, and the embroidered insignia then embellishes the heel, and the KB branding is also present. The pair will arrive only at skateshops on the 30th of May.

Official images of the Air Jordan 5 “Top 3” out now:

The Nike KD 13 "Bred" is releasing next week, with a backward swoosh

Gucci and Adidas to bring back Gazelle Platform sneakers