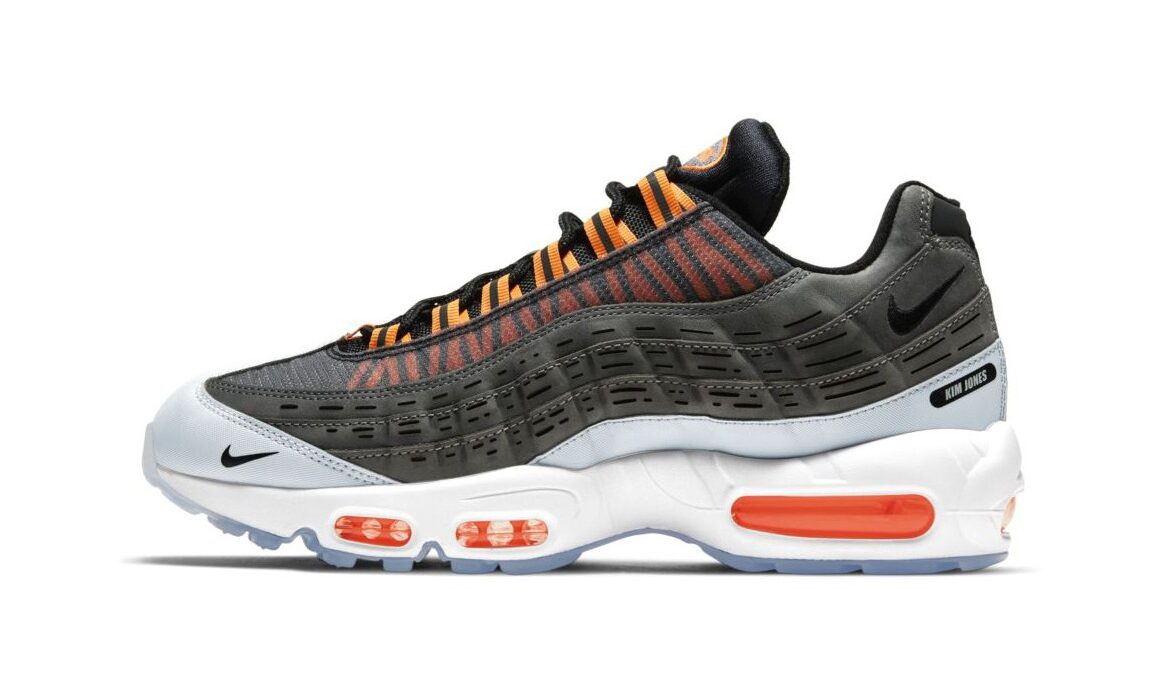 Nike and Kim Jones have again come together for another silhouette Air Max 95 “Total Orange.”Following the designer’s striking Air Max 360 High collaboration from 2018 – and of course, Jones’ work on the Dior Air Jordan 1 “Air Dior” profile earlier this year – the two’s Air Max 95 features a look swerving from high fashion fashion and back towards the world of Nike Sportswear.

Jones anchoring as a head of Dior menswear and Fendi womenswear, but the British designer has set forth a streetwise sensibility longtime in multiple pieces of his and AM95s show no difference. The upper’s human anatomy-inspired fascia are arrive in gray and studded with a Morse code-like series of black dots and dashes, contrasted by a white toe cap with a small black Swoosh paired with white mudguard that holds Jones’ name on the rear side and another black Swoosh on the lateral side appears installed towards the black heel piece.

Bright orange streaks on eyestays decked with the hint of his-vis reflective silver. Air Max 95’s standard strip of mesh that covers toe box and bottom half of the eyestays is gone, restored by a smokey black TPE, tricolour tongue badges are seen on the black tongue and midsoles arrive in white and orange Air Max units. Entire look is encapsulated with a transparent outsoles unveiling a large Nike Air hit on the base and PSI markings appear on the underfoot shank , an OG detail that’s mandatory to a perfectionist like Jones.

First rumoured in June, the Kim Jones Air Max 95 “Total Orange” will hit the retailers in 2021.