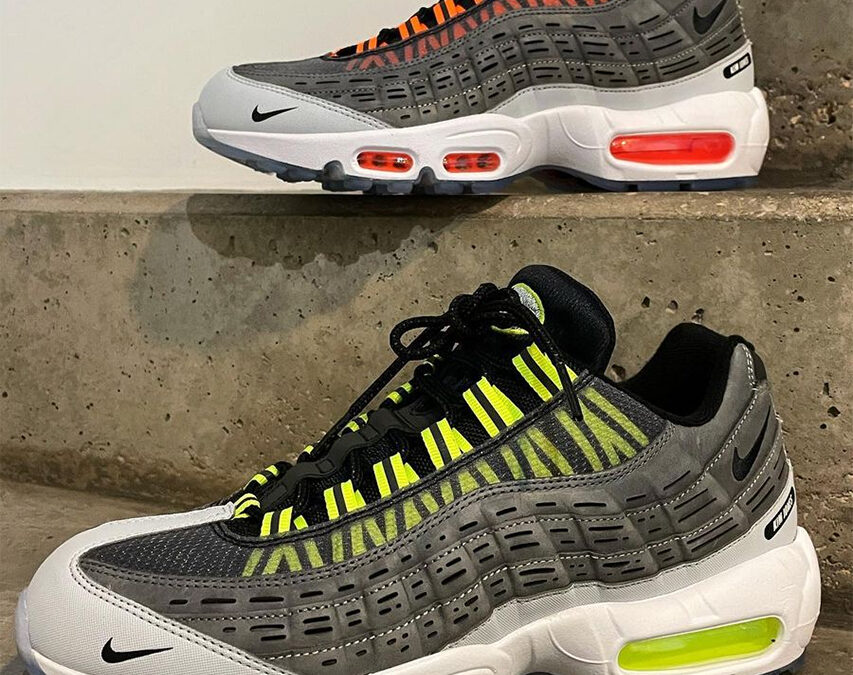 An image of the upcoming Nike collaboration with Kim Jones has been released, revealing two colorways of the Air Max 95. The teaser features the previously-seen “Total Orange” colorway and also confirmed that the rumored “Volt” colorway will also arrive.

Engaged with the high-vis theme from the “Total Orange” design, the new colorway features the “Volt” prominently on the eyestays, as well as inside the sneaker’s air bubbles. The sneaker also features a familiar gray upper, offset with black detailing including small Swooshes and a Morse code-style dot and dash pattern.

This upper sits on a full-length white sole unit, encasing the Nike Air unit and its “Volt” detailing. Kim Jones’ name appears towards the rear and the Air Max logo is present at the tongue in a matching color palette, finishing off the sneaker.

Kim Jones still hasn’t revealed much about the collaboration’s release date, with Dior and Fendi designer only conforming that the joint Air Max 95 is “coming soon.” According to earlier reports, the sneakers will arrive sometime in 2021.