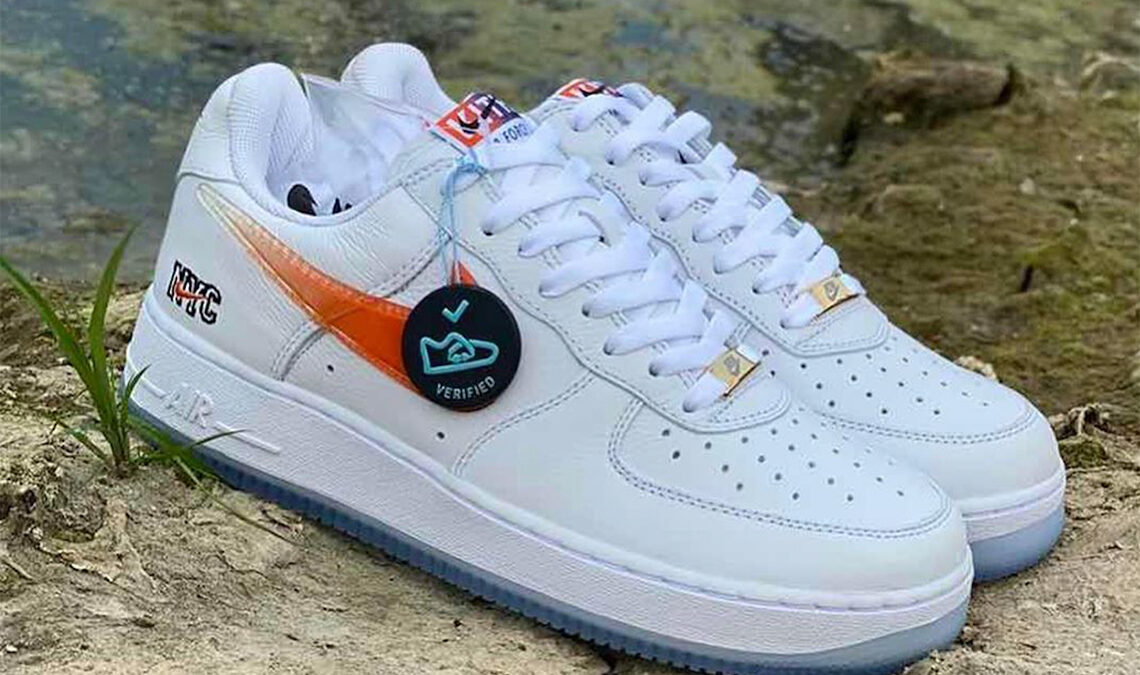 As the Fall season is just around the corner, Ronnie Fieg is seemingly gearing up to escalate the production of his sneaker alliances. Previously leaving his mark on an ASICS trio of GEL-Lyte III‘s, the KITH bossman is now accelerating his projects with the sneaker moguls over in Beaverton that consist of his fifth series of Coca-Cola Converse Chuck 70s, as well as more NYC-hued iterations of the Air Force 1 Low.

In relation to the latter, an substitute white and orange iteration has now showcased itself by way of early teased captures. On having a narrow look, they are quite alike to the Taiwan Air Force 1s given the nature of their mostly-white construction, focused gradient Swooshes, and clear outsoles. But, the different aspects of this sneaker can be identified by its full-grain leather upper, bright orange branding, “NYC” logos attached to the rear lateral panel, and golden Nike dubraes. Sit relaxed for more intel regarding its release date, and look for these to likely drop alongside the black KITH Air Force 1 NYC colorway.

Jun Takahashi’s UNDERCOVERISM is back!