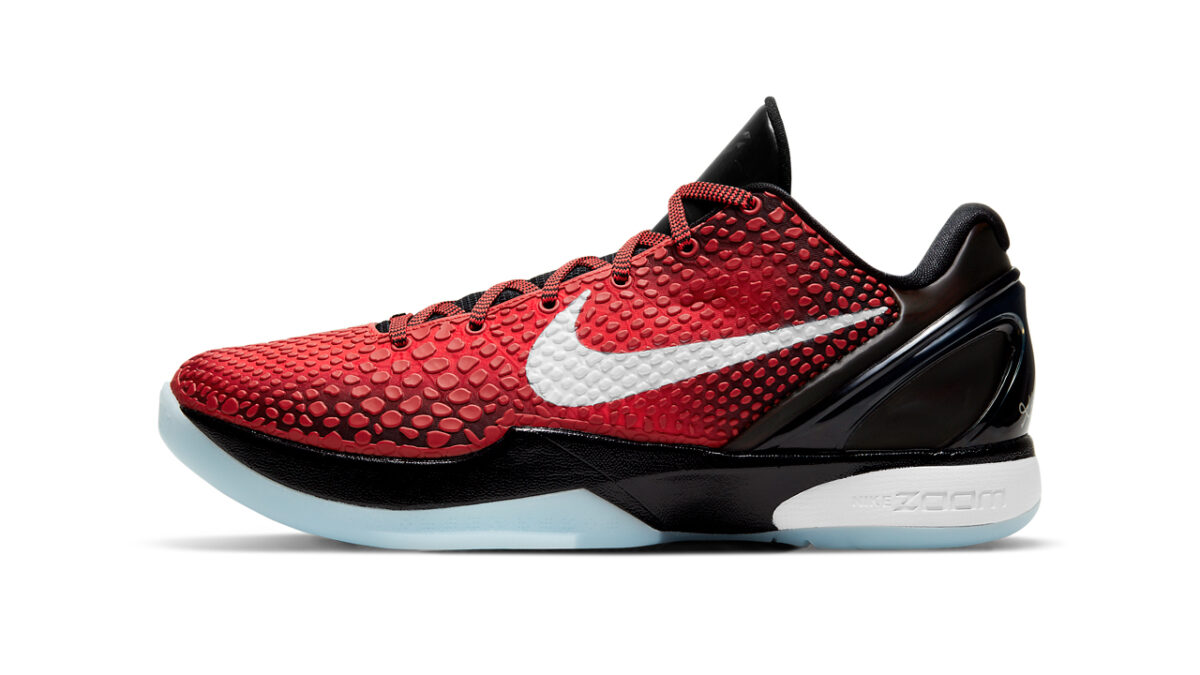 The latest model to be spotlighted for the poignant memories of the late Los Angeles Lakers legend, by Nike’s rollout of Kobe Bryant‘s classic signature models in Protro, is the Kobe 6 Protro “All-Star.” The shoe features a color scheme designed to match 2011’s ASG jerseys and upgraded tech that helps bring its on-court performance into a new decade, worn by the Black Mamba during his MVP performance at the 2011 NBA All-Star Game in Los Angeles.

The upper’s toebox and midfoot is served by red synthetic material interspersed with spray paint-like dashes of black and covered by the Kobe 6’s signature scaly snakeskin print. Mesh throats and leather heels alike are done up in black, with midfoot Swooshes presented in white for a touch of airy contrast. Black and red laces nod to the game’s year and location with “2011” and “LA” on the left and right foot’s fused deubres, and additional branding is provided Kobe’s Kill Bill-inspired sheath logo on the tongue and his signature in silver on the black heel clip.

Nodding to the All-Star Game, insoles supply a special red and white print, and the midsoles/outsoles are packed chock-full of upgrade tech. The forefoot is embedded with a large Air Zoom Turbo bag, the heel boasts a softer foam than the original pair and the improved traction pattern offers more surface area for sharp cuts to the hoop to complete the shoe’s build.

An official release date for the Nike Kobe 6 Protro “All-Star” has yet to be announced, but it may arrive on Nike SNKRS around when the 2021 All-Star Game was originally supposed to be played in February.