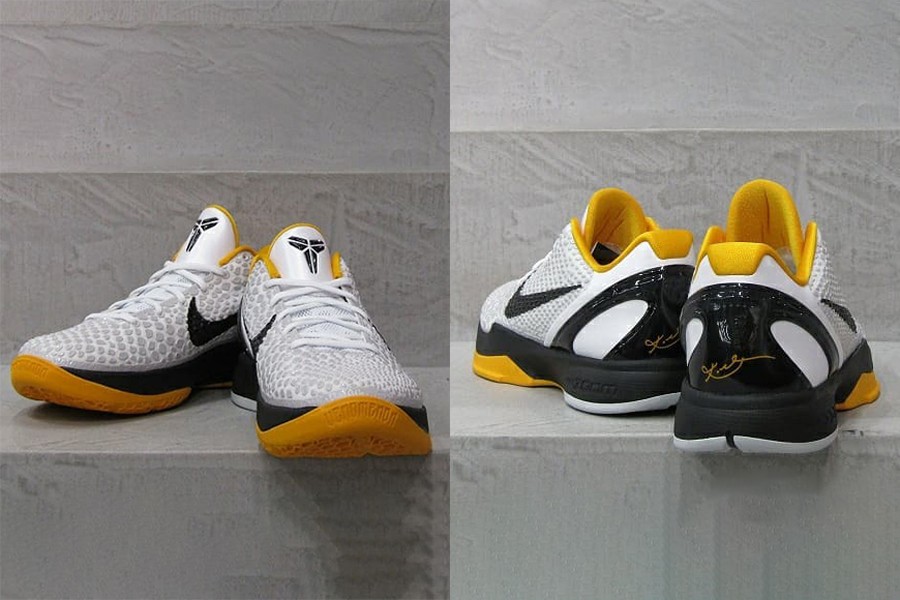 Throwback to 2011, Kobe Bryant and Los Angeles Lakers were pursuing an elusive three-peat: they were successful in securing the NBA Championship in the years 2009 and 2010 and were looking for another win in 2011. Eventually they lost to the Dallas Mavericks but Kobe’s performance was certainly playoff level, and on his feet for many a Western Conference playoff game was the Kobe 6 “POP”. Abbreviation for “Playoff Pack”, the POP was dressed in subtle colors of white, black and yellow, inspired from the Lakers home uniform. Almost ten years later after Mamba wore the pair on court, Nike Basketball is re-releasing the “POP” in Kobe 6 Protro form.

The “POP” even after the snakeskin detailing on its upper seems rather subtle in comparison to certain pairs like the Kobe 6 “Grinch” or Kobe 6 “All Star”. The base is left alone in white even though the previously mentioned snakeskin presents itself in grey. Black makes a presence on the midfoot Swoosh, the logo present on the tongue and the plastic heel clip. “Del Sol” present on the collar lining and outsole brings in the missing flair. The shoe is concluded with black midsoles accompanied by Zoom Air Turbo bags, nowadays a necessity in modern day basketball.

The pair is set to release at Japanese stockists like Gallery 2 on April 14 while the US release is yet to be confirmed. The MSRP is set at a standard $180 USD.

New Balance Brews Up A 991 Inspired By “Cappuccino”