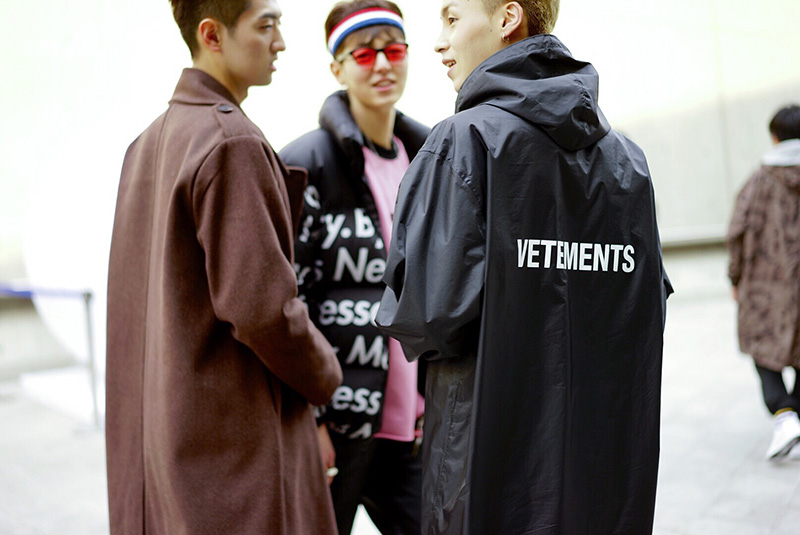 Characterised by high-impact logos with a hint of irony, solid colour outfits pulled off in interesting layering ways, Korean streetwear is gaining the attention of Wiz Khalifa, Rita Ora, Rihanna and many others following the celebs.

Korean streetwear has been so popular now that Seoul is on cards for becoming the next ‘Fashion Capital On Globe’. Seoul fashion weeks are known for streetwear culture, also they look refreshingly different from what we see in New York, London, Milan, and Paris, with touches of personalization and DIY detailing mixed with minimal outfits.

But here the questions arise what is been there behind those flashy outfits and kicks?

From where are all these evolving, what’s behind the whole Korean streetwear scenario? Here’s Why

When it comes to the Seoul fashion scene, streetwear is king. With an explosion of color, modern techniques, craft, and use of experimental fabrics, their collections can be seen as a reconstruction of fresh millennial ideals.

This culture comes from the backgrounds of Korean millennials. The technological and internet progression has given young Koreans a fresh platform to communicate with the world, and therefore the post-digital Korean style can sometimes seem detached from the traditional aesthetics.

Evolving from the former culture, Korean street culture is all about Individualism and Free Expression.

Kanei Tei used military tents to create designer bags. For their spring 2017 collection, “Exposure”, the designer used the colour khaki (commonly used as camouflage) to symbolise how the military “camouflages” its coercive culture and violent weapons of destruction as attempts to attain peace.

Koreans grew more and more accustomed to the street style references from abroad, from music to images of celebrities and other influential characters snapped at the main fashion events, this sparked the growth of demand for the next trendy “must-have” items. This led to whole new generation streetwear among Koreans.

Also in the sneaker world, Koreans are entering into the game of sneakerheads with their unique blend of street style to the kicks.

Seen at festivals, universities, and fashion parades neon fashion is everywhere. Korean streetwear also has neon as major trend of 2020, with outfits with neon sleeves, neon necks, typos and graphics .

Pinks and purples in new blush tones have become a hit with Koreans. Bright hair colors and highlights add to the look and enhance the style.

It’s a lot of work for a minimal look, but well worth it if you can pull it off!!

All white is no more rare for Koreans. Hassles of wearing all white are effortlessly ignored in Korean Streetwear.

What Stands Out For Korean Streetwear?

For Koreans in trend, layering is the ideal form of pulling off every apparel effortlessly.

Also, when it’s freezing outside, layering can be a solution so that your bare arms don’t freeze along with the snow. Seoulites have cracked this hack quite creatively into a whole new fashion brigade.

After minimalism being into the trend, Koreans have brought this trend of “More is More”, which is Maxilism. From python prints to flashy tracks, this new trend has elevated the standards of Korean streetwear.

Koreans have proved they are not just about looking similar in all genders, by acing the streetwear culture the same for all.

They totally stole the quote, “One for all, All for One“ !

The way of styling in Koreans are so dope that styles can very well represent all genders. This proves the gender neutrality in the country too.

Korean street culture has grown and evolved in recent years, learning from Western markets, but also developing its own unique style and ethos. Korean consumers are fashion-forward and quick to pick-up on trends and will also play a growing role in shaping the future.

“Korea is now what Japan used to be in the ‘90s”, From refined minimalism to expressive maximalism the future looks bright.