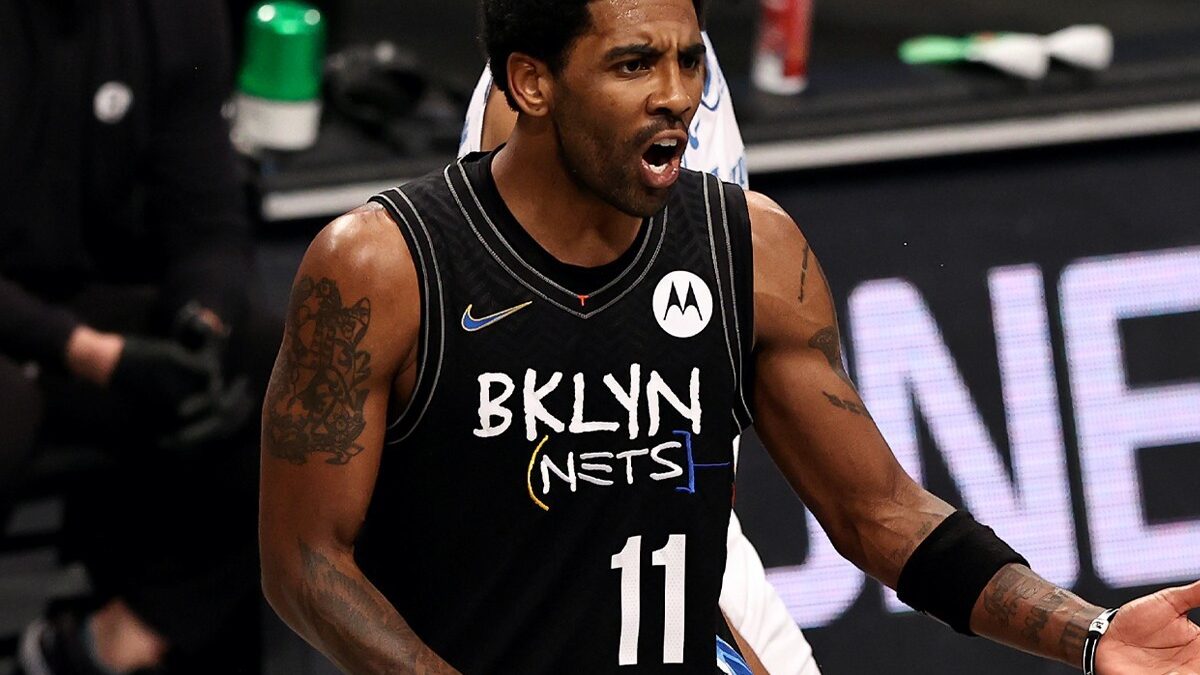 Mercurial Brooklyn Nets point guard Kyrie Irving is disappointed with his latest Nike signature shoe the Kyrie 8. Irving is so displeased with it that he commented on the after images of the style leaked via a post from Nike Kyrie-focused Instagram account k11kicks and derided it as “trash.”

The post below is proof of a displeased Irving with his eighth Nike Basketball signature sneaker, stating that he “[has] nothing to do with the design or marketing of the upcoming Kyrie 8,” and even emphatically dismissing the design, saying “IMO these are trash!”. He also mentions that Nike plans to release the shoe without his say-so, and apologizes to fans of his line.

Irving is not the first Nike athlete to be displeased with his sneaker, in the past, Michael Jordan despised the Air Jordan 2 upon first glance and LeBron James demanded a complete rework of the LeBron 6. Earlier most disagreements between the brand and an athlete used to be secretive and then resolved by multiple rounds of sampling, ensuring a finished product that’s satisfactory to both parties. But it’s impossible in today’s social media-driven world of sports, where athletes have a louder and more public platform to channel their thoughts than ever before, and Irving clearly has no issue doing so.

What complicates the matter more is, Irving’s recent signature models have usually been released in the fall — meaning that the Kyrie 8 is likely well into its production phases already and cannot be altered. Another interesting twist is that Irving’s past four signature models — the Kyrie 7, Kyrie 6, Kyrie 5, and Kyrie 4 — were all designed by Ben Nethongkome, a tenured Nike footwear designer with whom he boasts a close relationship. Was Nethongkome involved in the direction of the Kyrie 8? Did another designer take the mantle of the line? Only time will tell.

We're Already In The Future With BAPE X Hajime Sorayama

These LEGO Superstars Are Actually Wearable

EL BARRIO: An exclusive interview with the giants of Indian Sneaker Scene