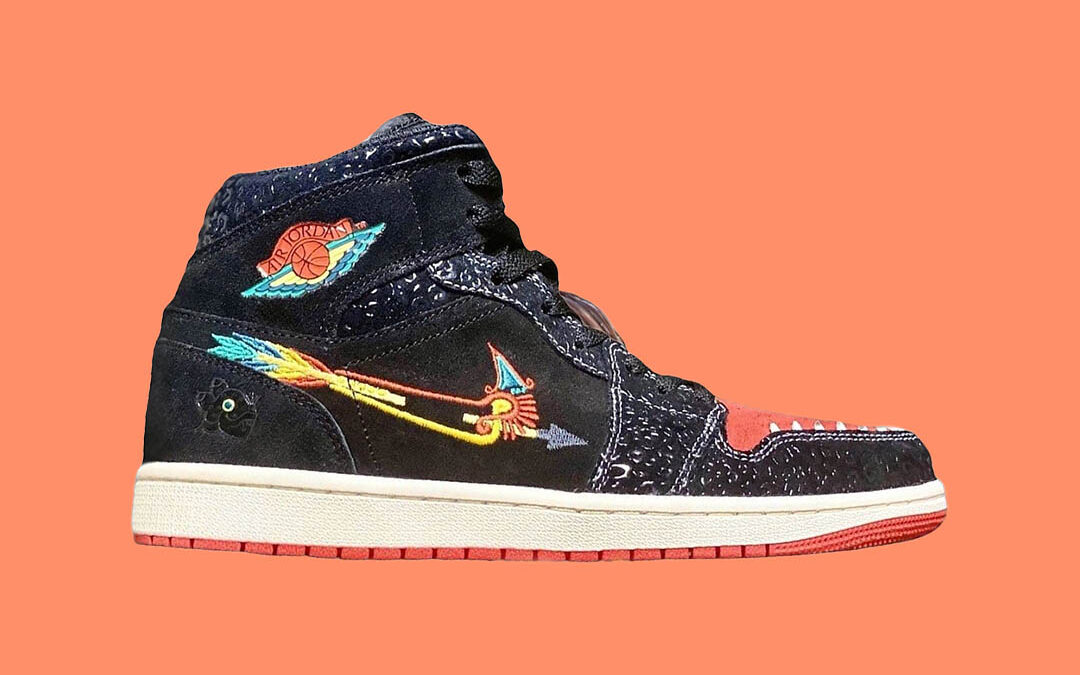 It can be assumed that the Nike Dunk Low “Siempre Familia” is going to be accompanied by a lineup of other releases. New leaked photos reveal an Air Jordan 1 Mid “Familia” that shares similar Aztec themes to the Nike Dunk Low.

These sneakers will most likely fall in line with a Dia de Los Muertos (the day of the dead) release, as the holiday was formed from Aztec ideals. The shoe in its entirety is filled with symbolism from the Aztec culture including jaguars, razor teeth, and an arrow design that honors the religious deities of the indigenous Aztec culture. The upper of the Air Jordan 1 Mid comes mixed with matte black suede and matching overlays embossed with Jaguar print. The toebox of the sneaker comes in a bright orange-red and is embellished with tiny razor teeth on the edge of the toe caps. The Nike swoosh comes embroidered in the rainbow arrow design.

As of now, there is no official release date for the Air Jordan 1 Mid “Familia. We’re curious to see if any more “Familia” themed sneakers surface before then.