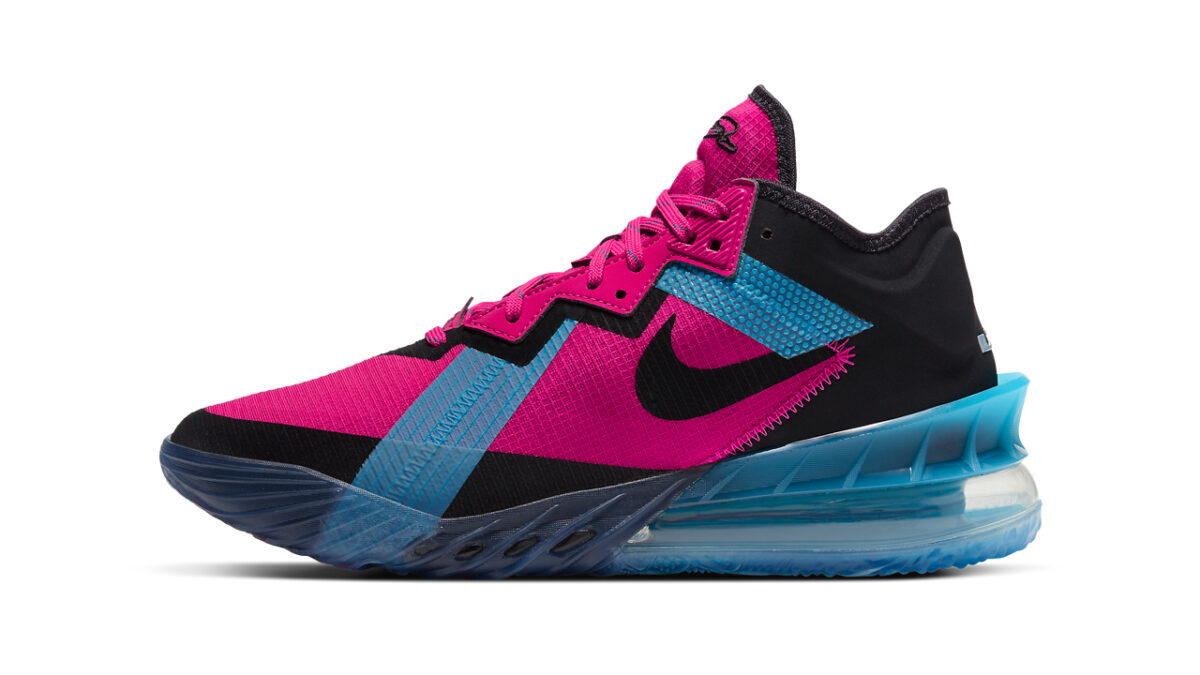 In LeBron James‘ signature Nike line, 18 models have established a standard release rhythm: his latest silhouette debuts in the fall, and then its low-top version arrives in the early days of the following year. LeBron 18 Low has now been officially revealed in a “Fireberry” colorway almost a year to the day since the LeBron 17 Low dropped so that routine is rolling right along on the LeBron 18.

The LeBron 18 Low doesn’t look that much different from the LeBron 18 — a shoe that already featured a low-cut construction. As the standard Battleknit upper is swapped out for a synthetic ripstop material boasting the signature “Fireberry” hue, it appears to be more of a takedown sneaker in the mold of the LeBron Witness 5. Cool blue fused overlay strips turn the temperature on the “Fireberry” down a few notches, with black mudguards, cut-off black Swooshes, and smooth black heel pieces supplying further contrast. LeBron’s signature hits the tongue, with his familiar Nike Basketball “LJ” logo appears on the heel.

The Nike LeBron 18 Low “Fireberry” will debut on the Nike Japan webstore in the coming days and is priced at a tax-included ¥19,250 JPY (approximately $184 USD).