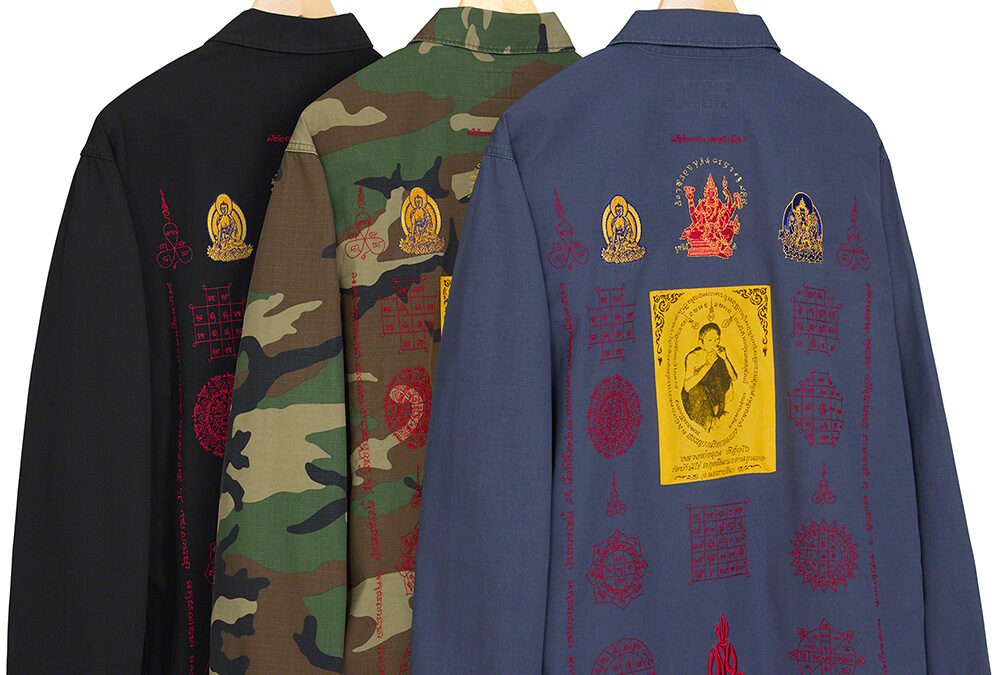 The Thailand National Office of Buddhism is on the verge of taking legal action against Supreme regarding the image of Luang Phor Koon, an esteemed monk and former abbot of the Wat Ban Rai temple on one of their pieces, a shirt from the Spring Summer collection.

The Blessings Ripstop Shirt in particular illustrates the image of a monk seated and smoking enclosed by a red embroidered yant script, a sacred form of tattoos reserved for Buddhist monks and Brahmin holy men.

The National Office of Buddhism conveys that the original picture from which the illustration on the shirt is based was taken in 2002 and used with his permission on fundraising materials for Wat Ban Rai, a Nakhon Ratchasima province temple for which he served as abbot. The office has claimed that Supreme has taken no initiative in seeking permission nor collected the rights to use the image on their product thus giving rise to misappropriation or copyright infringement complaint.

The Fashion Law have explained that the issue isn’t directly a copyright infringement however as a result of no proper ownership and authorship of the materials used Thailand’s Department of Intellectual Property does not currently hold a copyright registration for the specific image of Koon nor the yant design. The biggest hurdle for the Wat Ban Rai will be to present proof regarding the creation of the image thus maintaining ownership.

Tawatchai Sanprasit, manager of the Wat Ban Rai temple, said in a statement that they were open to “discuss the issue [with Supreme]” before deciding upon a course of action.

IMWIP: You are always a "WORK IN PROGESS"