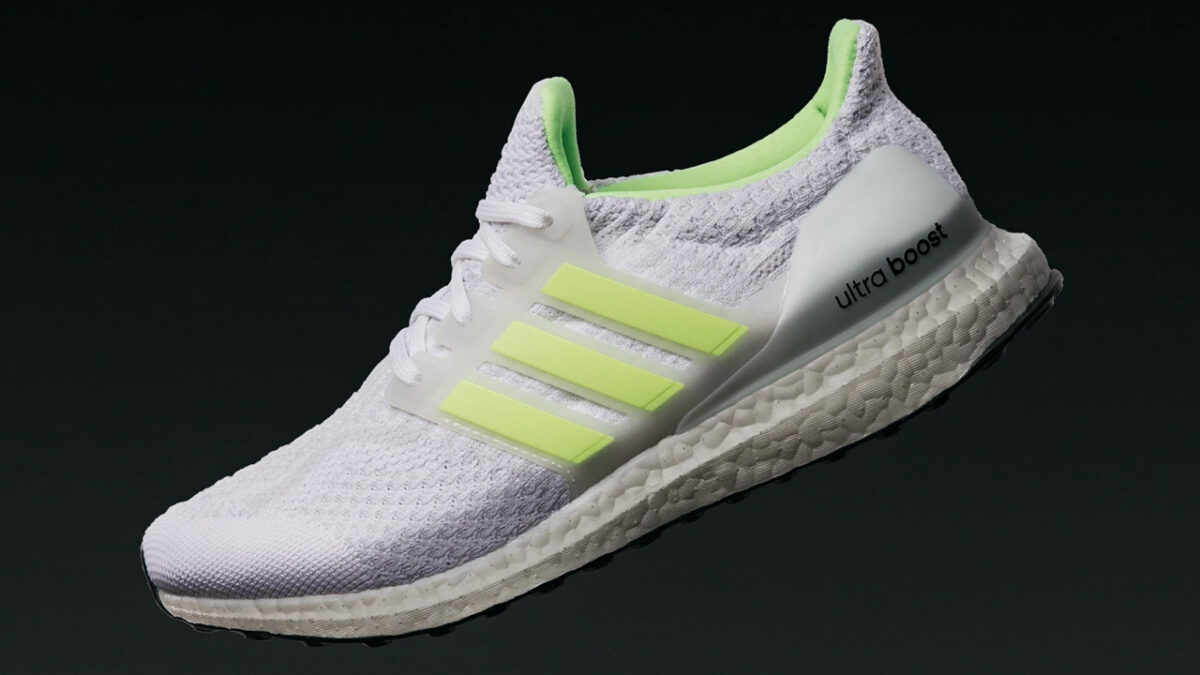 Light up the Night with the adidas UltraBOOST 5.0 DNA “Glow”

Adidas always puts performance first on its UltraBOOST line, the brand is not above adding a healthy dose of flair to its flagship runner and the latest result of that performance-meets-lifestyle is the UltraBOOST DNA 5.0 “Glow”. Featuring glow-in-the-dark detailing and sustainable PRIMEBLUE construction that uses Parley‘s recycled ocean plastics, the “Glow” is equipped for lengthy runs and leisurely lampin’ alike.

With PRIMEBLUE knit uppers working in minimalist white and gray detailing, also including a more pronounced strip of gray running around the toebox. Midfoot cages and UltraBOOST branded heel clips are made of a translucent, uncolored plastic that is all alike, though the former adds bright neon Three Stripe graphics to match the vibrant sock liner.

Although simple at first glance, these overlays’ style ramps up when the light goes down: both give off a bright green glow in the dark. Full-length BOOST midsoles and Continental rubber outsoles complete the whole build, with a single adidas logo on the knit tongue giving off a finishing dash of branded flair.

The adidas UltraBOOST DNA 5.0 “Glow” is available now at retailers like Sneaker Politics, and is priced at a standard $180 USD.