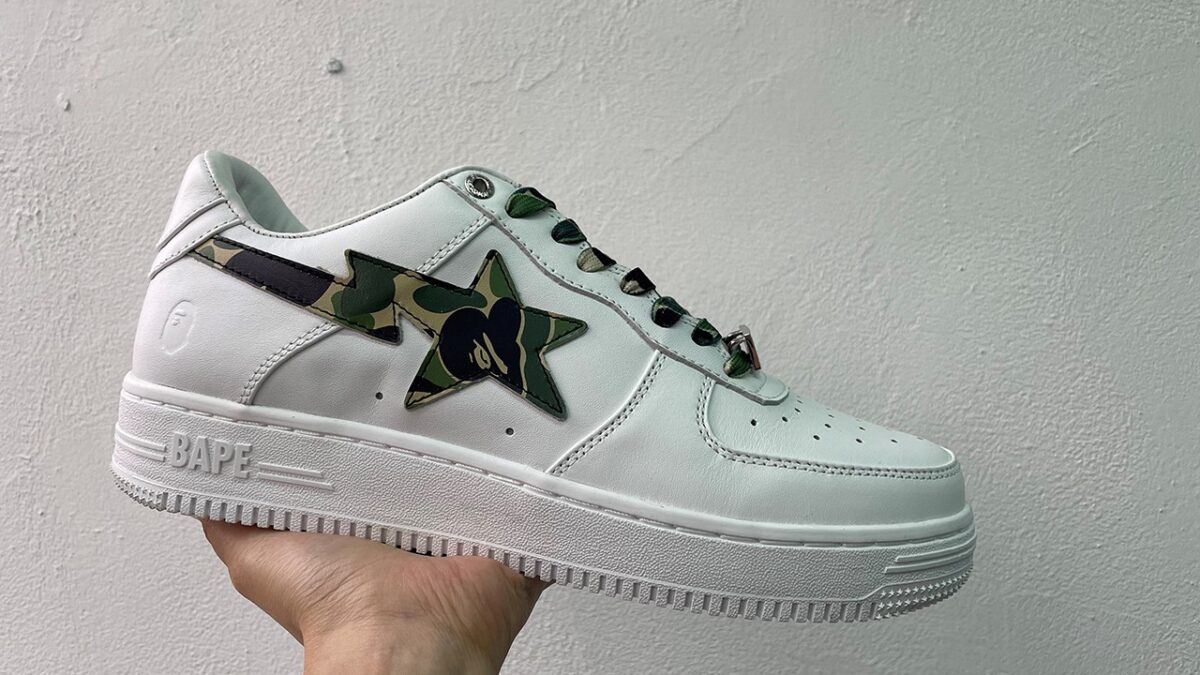 BAPE’s trademark camouflage pattern has seen a variety of iterations in the recent past out of which the ABC Camo takes the top-spot as a fan favorite. The 1ST CAMO will be making a presence on a New Balance 2002R soon, it is relatively light on APE HEAD motifs while the ABC CAMO is comparatively richer making it a perfect fit for the three new BAPESTA colorways arriving this spring.

Dressed in white caviar leather, the trio features an ultra-clean aesthetic apart from the camouflage pattern draping the large Star and laces with clear sock liners, uppers and soles units. The silver eyelets and dubraes take care of the premium motif while a debossed APE HEAD below the Star, heel branding and the usual “BAPE” midsole conclude the branding of the shoe. The ABC camo is undoubtedly the highlight, offered in blue, green and pink options, making it a suitable option for the warm weather.

The pairs will be released on the BAPE website later this month.

Louis Vuitton Utility Side Bag with a military-inspired carrying option