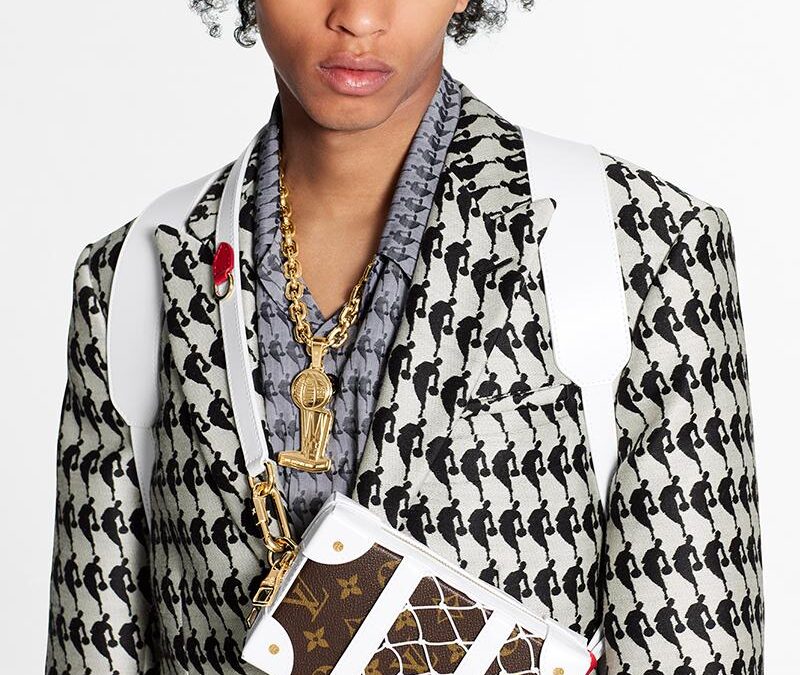 After being officially stated a few months ago, Louis Vuitton‘s three-year alliance with the National Basketball Association under the designer segment of Virgil Abloh formally hyped up with the Los Angeles Laker’s dub over the Miami Heat. To pay homage to the 2020 NBA champions, the infamous Larry O’Brien Trophy was handed for the first time in the previously showcased bespoke Louis Vuitton Trophy Travel Case.

Hand-made in French exotic fashion house’s historic Asnières workstation in the sub-urban regions of Paris, France. Coming from the heritage of the malletier, the trunk is covered in LV’s signature Monogram canvas accentuated by traditional brass fixtures. Carrying the personalization element integral to the lineage of Louis Vuitton since it’s foundation stones were laid in 1854, the Trophy Travel Case is highlighted with a “V” motif in white with blue and red to emphasize on the “Victory Travels in Louis Vuitton” slogan.

Additionally, after a series of teased images, Louis Vuitton has also showcased its capsule collection with the NBA designed by Virgil Abloh. Uniting the iconic motifs of the men’s professional basketball league and the Louis Vuitton, the exclusive range contains limited edition and astronomically expensive clothing, leather goods, accessories and shoes. The collection indulges in the designer’s codes with the picturization of the basketball fanatic world and pays homage to the the values of relatability and inclusion key to Virgil Abloh’s projects at Louis Vuitton.

Taking charge of the collaboration is original suiting marked with a monogram design of the Jerry West silhouette logo knotted to the NBA, knitted warm sweaters and 90’s themed retro sporting themed jackets accentuated with large basketball designs in embossed leather. Athleisure also receives a luxury twist in the form of T-shirts and sweatpants highlighted by the numerous leather carrying variants that continue the white with blue and red color palette given by the bespoke Larry O’Brien Trophy Travel Case. Summing up the alliance is an variety of jewellery, consisting of necklaces, bracelets and rings set off pendants and engravings made with precious stones.

Complementing the capsule is an super limited NBA x Louis Vuitton Trunk made to showcase one’s most significant, limited edition attire, accessories and footwear. The dual-door wardrobe trunk rocks a classic Monogram exterior labelled with the usual Lozines and gold-tone hardware. While the inners are lined with deep blue, poppy red and crisp white felt as another indulge in the official colors of the NBA.

Have a look at all the images and hold tight as we collect more news on the LV and NBA mega-alliance.