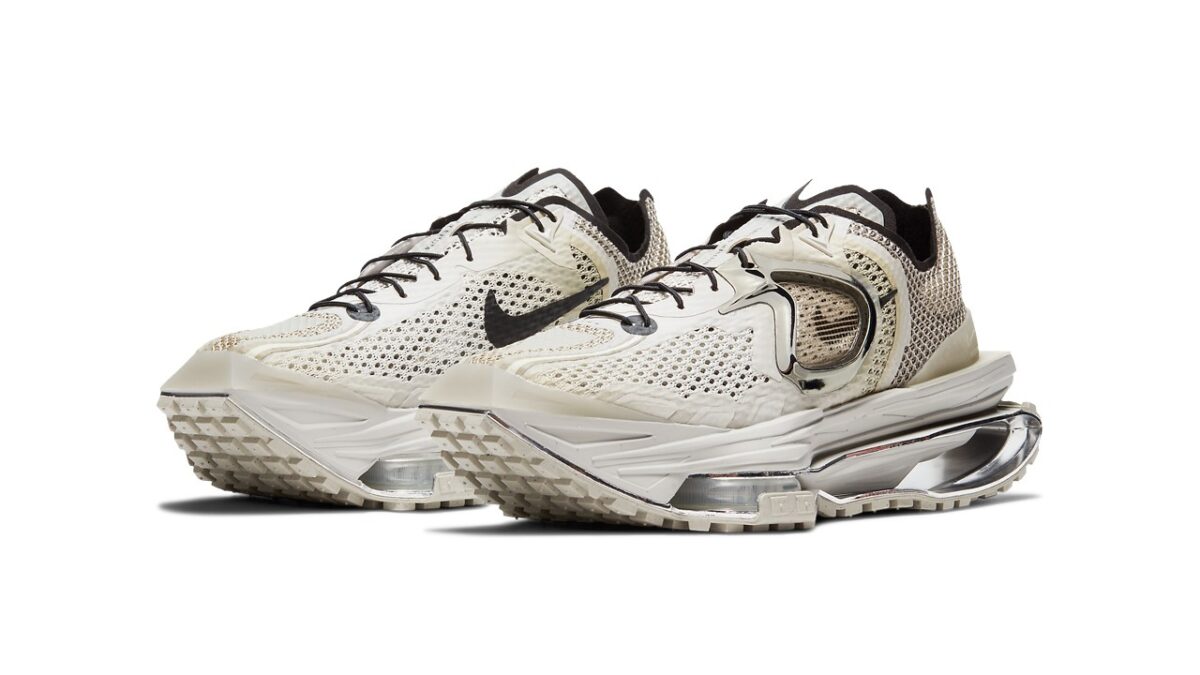 Bouncing between 1017 ALYX 9SM and Givenchy, Matthew M Williams presents to you his latest creation with Nike. Understanding the footwear world for a while now, Matthew worked on the Zoom MMW 4. The designer altered the shoe by giving it a future tech inspired aesthetic, an evolution of the Williams’s designed Free TR 3 SP.

First revealed at the Future Sport Forum in February, the shoe is covered in a bone white color with black detailing. The uppers are constructed in a mesh variety held on by seams. The chromed out silver overlay in the midfoot is a signature touch slightly hiding the black colored swoosh. In contrast to the white, the swoosh and the laces arrive in the black shade. Williams’ name was spotted on the throat’s lace keeper with simple MMW detailing on the on the toebox, heels and insoles.

The midsoles have an uncanny resemblance to the Road Warrior, a $500 USD sneaker which arrived in July. The Zoom MMW 4 is equipped with the same mix of Nike Shox-inspired Pebax plates and Zoom units which were seen on its earlier variants. The comfort of Zoom Air units is limited to the forefoot while the midfoot uses EVA foam. Rounding off the shoe is a square traction pattern, working with the curved, elongated heel similar to tank treads.