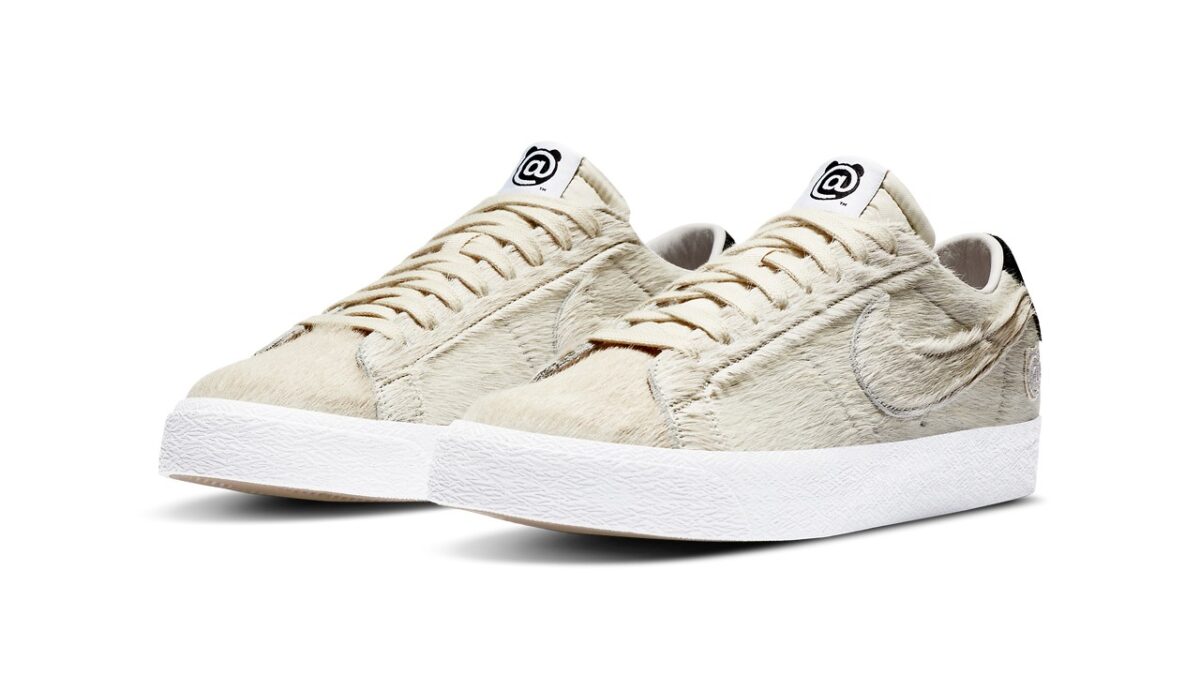 Succeeding to the release of the SB Dunk low collaboration back in August and a silky BE@RBRICKs to meet the CLOT’s Air Force 1  in June and July, Medicom Toy and Nike wish to complete the year with another banger, the SB Blazer low. It won’t be the first time for both brands associating. Nike SB and Medicom Toy had a collaboration in 2004, sighting which the upcoming release marks the duo’s inaugural project on the SB Blazer.

Transitioning from basketball to skateboarding, the sneaker features a sail toned upper crafted with pony hair. Subtlety to the maximum, the swoosh is toned down while the heel tabs arrive in black with a white Nike text to contrast. The Medicom branding makes its way on the heel and exposed foam tongue – the former is detailed with a BE@RBRICK badge embroidery while the latter features a white/black BE@RBRICK tag.

On a serious note, there is no implication for this silhouette to be the SB model rather than the Sportswear model, save for a single Nike SB hit on the insoles alongside the BE@RBRICK print with graphics. All of which sits on a classic white midsole and a customary gum outsole.

Going by the early reports, the pair is expected on the 26th of December with no confirmation yet from Nike.