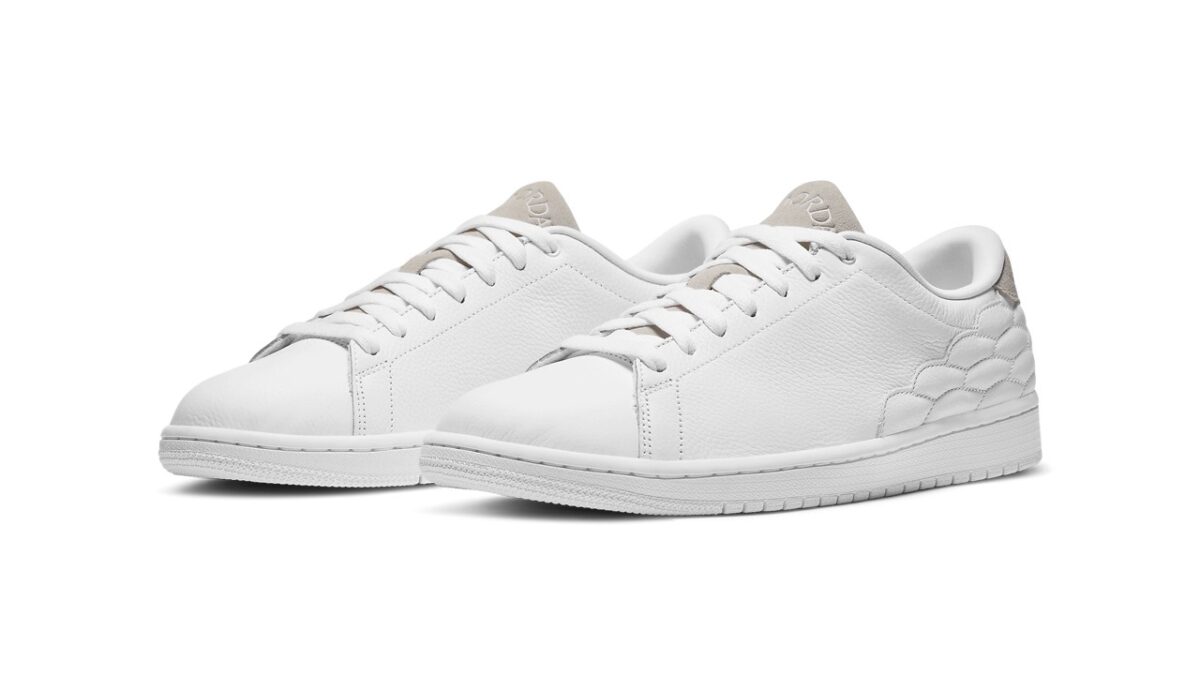 Jordan Centre Court came into the spotlight recently after making an appearance on The Last Dance. The low top sneaker received undivided attention of the fans and become one the most talked about sneakers. Clean crisp and simple, the pair was liked Michael Jordan himself and pairs were arranged for the Jumpman family.

With a clean white leather constructed upper, the pair leans more towards the luxury side. Unlike other silhouettes from the Jordan brand, the Centre Court is completely devoid of branding on the midfoot. A quilted pattern imitates the wings as seen on the Air Jordan ball and wings logo, placed around the rear quarter and heel. The tongue and heel arrive in suede grey with debossed branding, Air Jordan spellout on one while the other with ball and wings. The Zoom Air badge is spotted on the insoles thus confirming the cushioning in heels, forefoot or maybe both. Rounding off the shoe is an Air Jordan 1 similar midsole and outsole.

The pair is set to release via Nike SNKRS, Japan coming December 15th for a price of approximately $159 USD. Two more colorways are expected over the holiday season yet to be confirmed by Nike.

Medicom Toy Imagines The Mandalorian With Its Latest BE@RBRICK

HERON PRESTON and Calvin Klein up for a collaboration