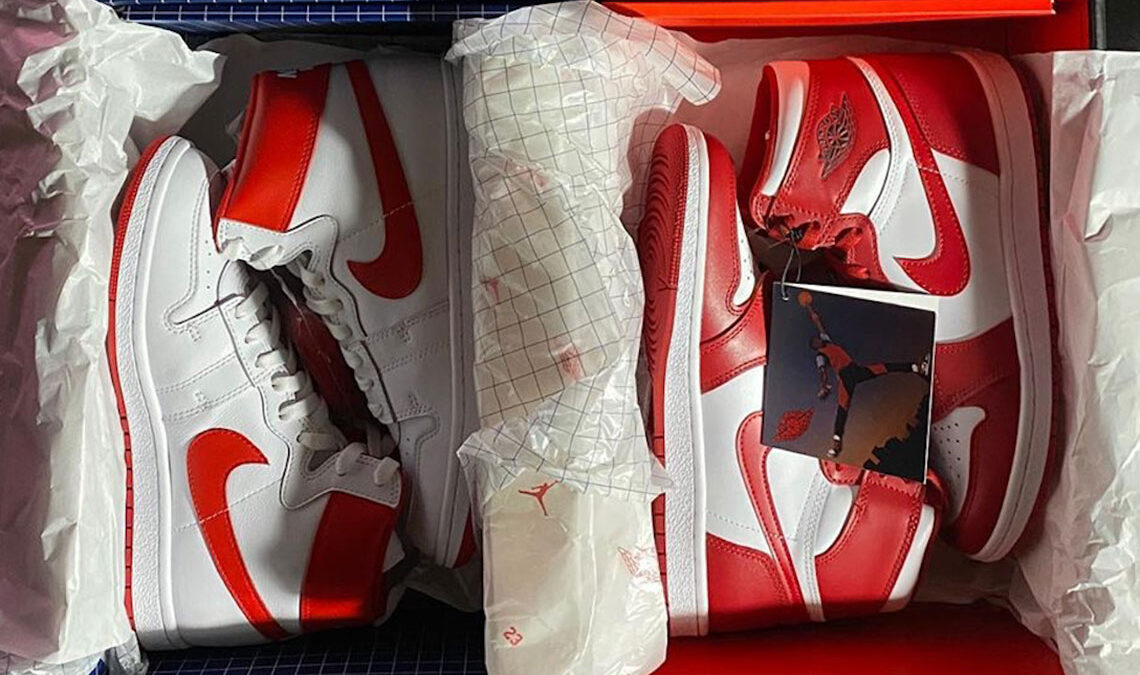 Jordan Brand is having itself a day. After revealing its collaboration with French luxury brand Dior, it looks to long-time creative partner Hiroshi Fujiwara to offer the world a first look at the next two-pair pack of retros consisting of an Air Jordan 1 Retro High OG and the mythical Nike Air Ship. The former needs no introduction, although it does come dressed in a brand new red/white colorway with the OG-style hangtag, but the latter is a dive into the GOAT’s earliest days in the league that doesn’t get quite the attention it deserves.

Prior to the Air Jordan 1 being released, Michael would frequently wear the high-top basketball shoe, and it was actually this particular model that got “banned” by the NBA (it was the colorway, not the model that the league brass wasn’t seeing eye to eye with). It returns to retail for the first time in over three decades as part of this dual package that features an incredible over-sized box, split in classic black/red and a blue/white grid pattern with its corresponding years in operation. Additionally, the red/white Air Jordan 1 could be the previously reported Air Jordan 1 Hi ’85, although that remains to be seen. A release date is currently unknown, but it’s clear – 2020 is going to be one heckuva year for the Jumpman.

Delhiwear | Blending the Street Culture with roots of INDIA

adidas Converts The Ozweego Into A Stealthy All-Terrain Boot