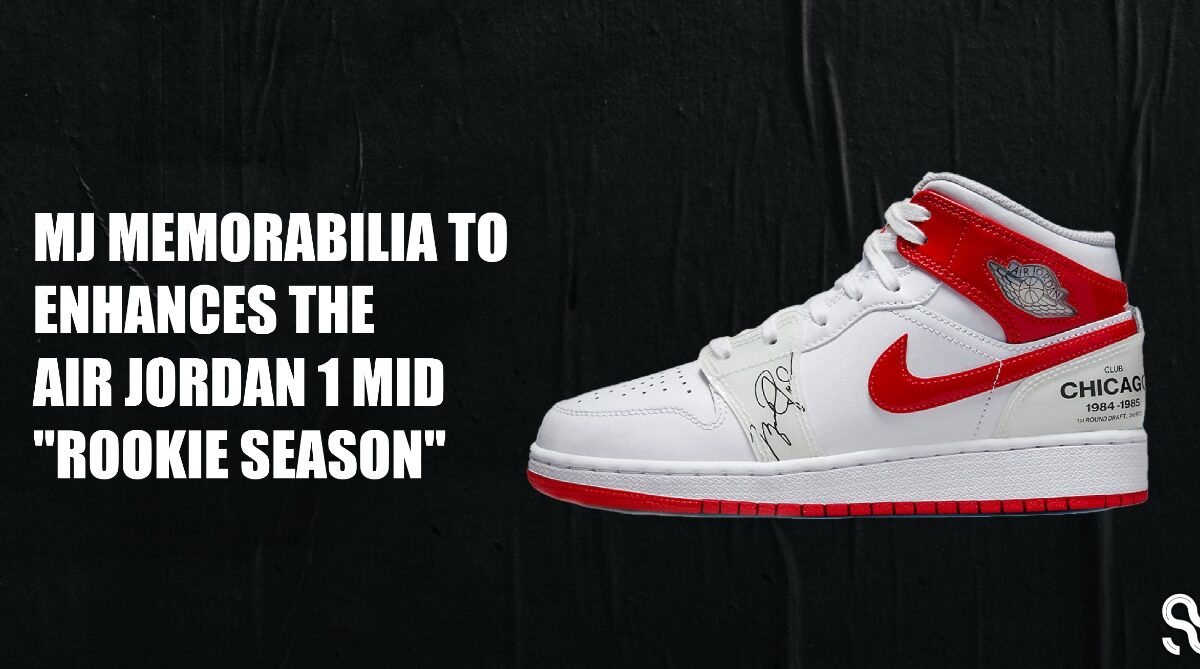 Michael Jordan is recognized as one of the best basketball players in history. He established himself as a star on and off the court, starting from his modest North Carolina upbringing and continuing throughout his 13-season tenure with the Chicago Bulls.

A further way that Jordan‘s reputation has endured is through his sneaker line, which frequently highlights his athletic accomplishments. Jordan Brand decided to use the Air Jordan 1 Mid this time around and to decorate it with statistics from Michael Jordan’s first NBA season as a professional.

The mid-cut silhouette is decked out in Chicago red and white for the game, with the former accenting the ankle flaps and profile Swooshes with a glossy finish. The remainder of the upper is made up of clean leather panels, while a clear TPU overlay bearing the player’s autograph is featured on the forefoot. The same draught information is detailed in the back, including Michael’s position, pick statistics, date of birth, height, weight, and choice of the Chicago Bulls as his team.

The collars have a glittering Wings logo up top, and the tongues have a red Jumpman logo. The pair is completed by elaborate insoles that display Michael Jordan’s 1985 Rookie of the Year point total and a DIY-style box.

Later this year, Nike and a few other retailers could start selling the $125 USD Air Jordan 1 Mid “Rookie Season.”