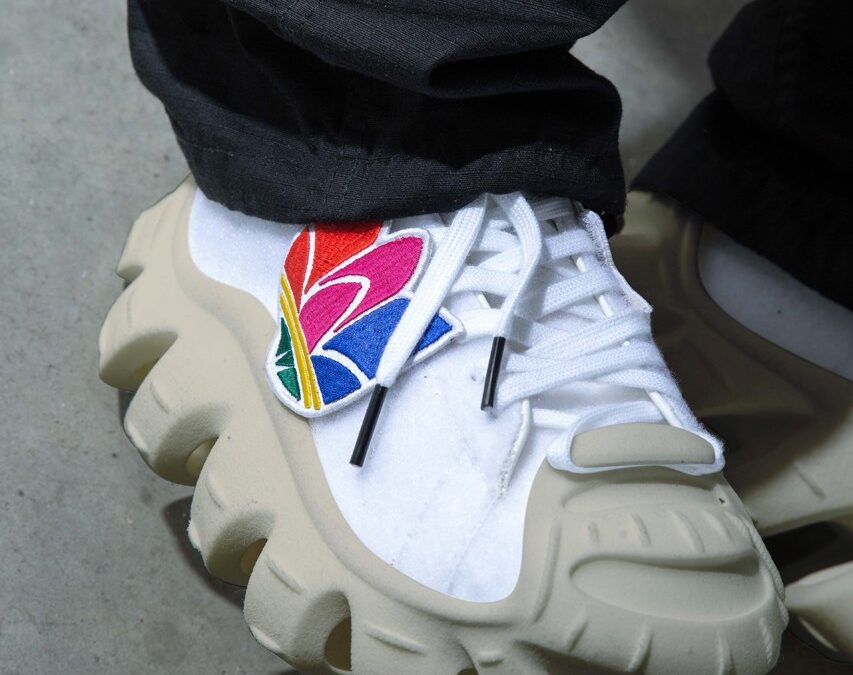 Mr. Bailey well known industrial designer has come up with an orthodox architecture for the all-time classic superstars. His next project with adidas assuredly brings out his idea of art-meets-streetwear ideology. The collaboration has been titled “Ammonite Superstar”- The Evolution of the Shell Toe, influenced from the aged mollusk seashells.

The name is derived from the marine mollusks belonging to the family tree of Octopuses. The history also plays a role in finalizing the design of the shoe. The shoe in itself is a sculpture with a Shell Toe in the front which later becomes the sole. On paying close attention you will notice circular chambers which apart from its reference towards the Ammonite shell are functional. They provide the buoyancy and stability of a cephalopod. The uppers are crafted with adaptive Nylon alongside hits of 3M detailing.
Patches of Trefoil also make their way for a comfortable feel.

The pair was developed under the Catalyst for Change program as a part of the Superstar’s 50th anniversary and will not be making its way to retail unfortunately.