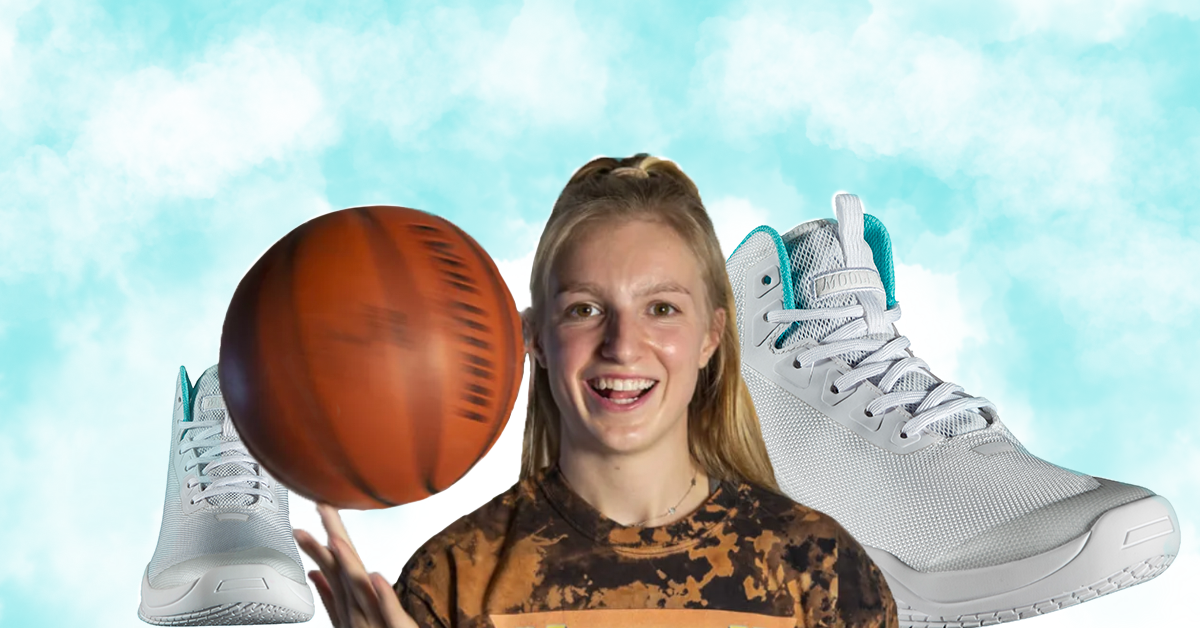 Natalie White, a sneaker entrepreneur fighting for equality on the Court

Since falling in love with the game at the age of 5, Natalie White grew up on the basketball courts of New York City. Lately though, she’s spent most of her time putting up shots at 96th street and 1st Avenue, a shouting distance from FDR Drive. But like many other female ballers, White has been forced to hoop in kids shoes or ones made for male ballers and she is set out to revise that.

“We’re seeing more and more that women are receptive to brands when they feel like their voices are heard. And right now, with social media, it’s clear when a brand is authentic and when they’re not,” White told FN. “With Moolah, we want to make sure that the women’s basketball community is represented. Every detail of the product and of the brand reflects women’s basketball, and that’s only possible because I played and because I’ve been in the community for so long.”

White’s zeal to create Moolah which is named as a nod to both street basketball culture and the financial opportunity needed in women’s sports, arose from vexations caused by the lack of women-specific performance shoes in the market. Because of this, female athletes are compelled to wear either children’s or unisex sneakers, which aren’t
designed keeping a woman’s foot in mind.

“Unisex sizing is less inclusive because you’re taking a men’s size and you’re saying ‘this is what it loosely converts to if you’re a woman.’ The inside of that sneaker is labeled unisex, but it is a man’s foot shape, and men and women have different foot shapes,” White said. “This has negative performance implications when girls have to play in children’s and men’s shoes, you start to see ankle, knee and leg injuries go through the roof because your body is supported.”

Although, Moolah wasn’t created out of frustrations alone. Natalie White is a Boston College graduate who handled the women’s varsity basketball team and played club basketball. She made use of her access to athletic and medical professionals to polish her idea.

“I had access to the entire training staff at Boston College, and we had a million trainers, specialists, doctors there all the time. All I had to do was walk into athletics and say, ‘This is what I’m doing, can I interview you? Can we talk about how to make [the shoes]?’” White said. “Also, I talked to a bunch of different doctors, orthopedic surgeons. I even talked to a trainer at the New York Liberty about it to make sure all of the information I had was right.”

She continued, “But these differences are known. I’m not reinventing anything. I’m just taking the known women’s foot shape and applying that to a basketball form.”

The first launch of Moolah is the Moolah 1, a court-ready pair designed for the female athletes’ feet. The maiden model was designed with a slim forefoot width, lifted arch, shallow lateral side and a supportive internal heel counter.

To assure that its court ready, the Moolah 1 was fabricated with a multidirectional tread pattern for grip and lightweight synthetic mesh atop. Initial wear tests gave White the assurance that she is on the right track.

“I had a college team wear one Moolah kick and one of the sneakers that they currently wear and all of them had a matching bruise on their big toe in their current shoe because when they plant their foot, it slides forward and hits,” White said. “And it’s not because the shoe is too big on them, it’s because that’s their size in men’s and their
foot slides forward.”

Natalie White worked with designer Sean Gayle who is an industry vet with than 20 years of experience at leading brands including Timberland and L.L. Bean to design footwear for Moolah. Robert Woods has been recruited as the company’s lead development agent and Moolah’s advisory board consists of Ryka CEO Sheri Poe, Jones & Vining CEO Jim Salzano and former Saucony CEO John Fisher.

White, who graduated in finance from Boston College started the brand during her senior year and used the $25,000 she earned from investment baking last year as well as her life savings to get Moolah to take off. This makes Moolah an entirely self-funded brand.

Moolah launched crowdfunding for the shoes on 7th May on moolahkicks.com. White told FN that customers can expect to have their sneakers before the winter basketball season in November.

During crowdfunding, the sneakers cost $89, and when launched, the retail price will be $109.

White said Moolah will remain a DTC brand for the near future, however she is not eliminating wholesale opportunities with the right retail partners, naming Foot Locker and Dick’s Sporting Goods as ideal stockists.

As for the future, Natalie said that Moolah is already working on a traditional high-top sneaker as well as a low-top. Consumers can expect apparel and other merch flaunting the brand’s logo soon.

While talking about Moolah’s brand values, Natalie said that the brand’s purpose outstretches beyond offering merchandise made for female hoopers, the mission is to fight gender inequality.

That fight is communicated in the design of the Moolah 1 shoebox. The packaging highlights a large blue portion and a far smaller section of yellow, which are symbolic to the average attendance of NCAA men’s games in 2019 – seen in blue – to the women’s games. Inside the box is a packed crowd around a basketball court, which is representative of a dream that women’s basketball games will have sold out stands at every level in the future.