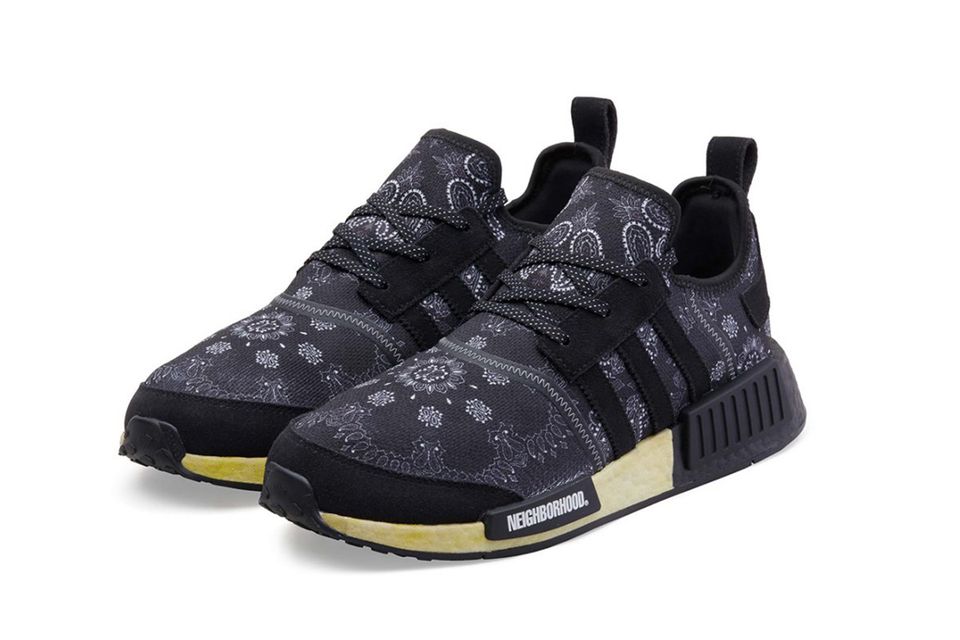 While adidas plans to relaunch the NMD in some way next year, the upcoming NEIGHBORHOOD NMD R1 collaboration took several people by surprise when it was teased by the brand’s founder, Shinsuke Takizawa, on social media.

The sneaker, which enjoyed its peak popularity in 2016 and 2017, retains the characteristics of its original. That means a synthetic, knitted upper with a sock-like fit and Three Stripes branding sits atop a BOOST midsole that includes rubber stabilizers at the forefoot and heel. A paisley pattern adorns the upper, while the midsole is split, while the heel is black and the forefoot features a pre-yellowed design.

As far as we know, this is the first time a pre-aged, yellowing effect has been used on a BOOST midsole, which is notable because the yellowing of old or worn BOOST was one of the biggest criticisms of the technology when it launched nearly a decade ago. To say the least, it’s eye-catching, albeit an odd choice.

It became apparent early this year that adidas intended to revive the series with new, updated designs when the company seeded 100 friends and family with the new version of NMD, dubbed the NMD S1. The fact that adidas has now teamed up with NEIGHBORHOOD on the OG confirms that we’ll see new (and perhaps old) colorways of the original NMD.

The Nike Air Max 270 takes on a USA Olympic theme