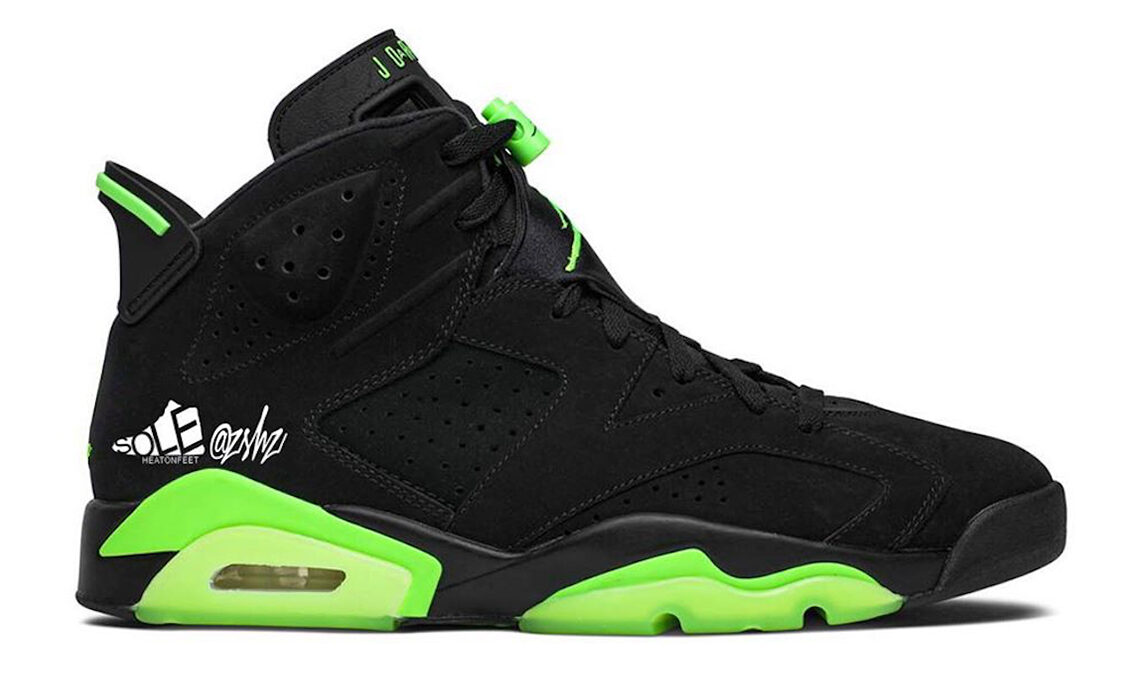 Despite the fire pairs we can expect soon from Nike and Jordan Brand like the Hare, and the Quai 54 colourways, the Air Jordan 6 is already thinking about new things to offer its fans. Alongside the re–release of the “Carmine” pair, this retro silhouette will be receiving a two toned colourway, which is eerily similar to the Oregon PEs, which released in 2018.

The uppers will be fully black, and features strong hits of “Electric Green”, sprinkled along the midsoles and heels. Since the Air Jordan 5 will be coming back this year with a Duck-inspired theme, it would make sense for the Air Jordan 6s to do the same. The pair will be releasing in the summer of next year.

Notitle.ltd Wraps the adidas Originals Superstar In a Cozy Duvet