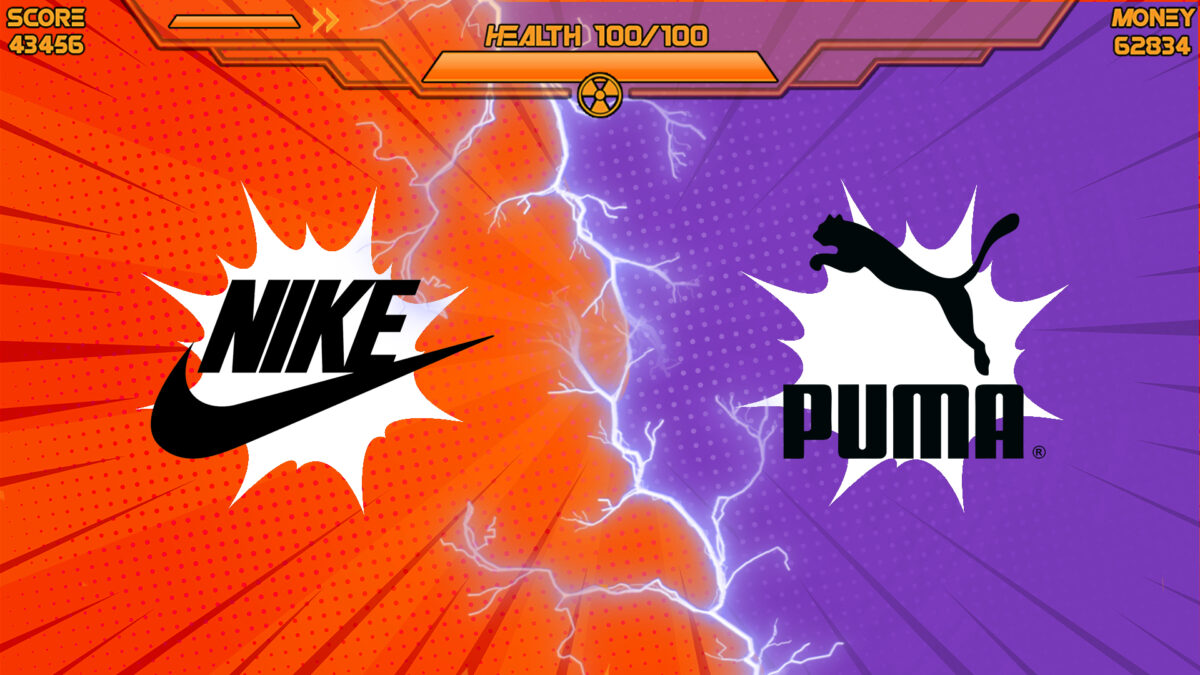 New Feud Between Nike and Puma : The “FOOTWARE” Trademark

Every activity that we perform is bound to be abide by the rules and must be parallel with laws entitled. Any activity which might impact the society , organizations ought to follow the guidelines laid by the law.

How often we hear big companies fighting over a concerned thing and filing lawsuits? Coflicts are bound to be there between companies.

Nike has been in limelight for every now and then as there have been many conflicts earlier with the brand. Adidas and Nike had little battle over the flyknit technology used by Nike. Well Nike being the largest sportswear giant has to cope with the competition and is part of the process.

Nike has always been ahead of other brands in terms of technology and artistic approach they choose. Previous year when Nike launched the self lacing shoes it took the world by storm. Its heck of deal to even think about making these type of sneakers but Nike made it possible.Thereafter Nike revealed the idea of owning a trademark sign of further futuristic offerings to be called “footware” not footwear.

“Footware” represents the technology ised in a sneaker which os derived from software or maybe hardware.

This revelation came when Nike filed a trademark application with the U.S. Patent and Trademark Office (“USPTO”) in late March 2019, seeking a registration for the term for use in connection with various sneaker-specific hardware and software products and services.

Whilst Nike had not begun using “Footware” trademark but they had filed an intent to use basis on electronic devices and other softwares regarding automated systems.

Later the Beaverton Oregon based sports company was asked by an attorney of USPTO whether the Footware trademark had any relation  with any software or telecommunication based company or it was just another term related with art . The Footware trademark could hinder with instantly identifiable Nike Swoosh logo if it were a term of art.

Further this conflict was cleared between USPTO and Nike as the company did not conceive this trademark as term of art. They told they weren’t going to use Footware mark on shoes. After this nearly 2 months later a third party filed a letter of protest to USPTO regarding exclusive rights to be owned by Footware trademark. Third party exclaimed that that “footware” is a “merely descriptive” term for technology-driven footwear designs (and not an indicator of a single source), and thus, is not eligible for registration by anyone.

The third party above mentioned was Puma and had evidences to support their protest with Puma’s RS Computer Shoe which applauded the tech efforts used in a sneaker by the company. According to Puma using tech in sneakers should not be made a trademark by any company.

After few days of this brawl , USPTO’s law attorney cleared the few pre registration of trademark and since the evidence was a bit sensible the letter had to be published through the opposition practice. This allowed Puma to keep their evidences and reasons for why trademark should not be passed.

In February , Puma filed 90 day extension to Trademark Trial and Appeal Board (“TTAB”), asserting that it needed “additional time to investigate the claim” and “to confer with counsel.” The company has until May 20 to either bring solid evidences for the file with opposition or add to further extension to prevent Trademark from getting officially registered.

These brawls and lawsuits are part of these companies natural process and help companies to secure their technlogies and ideas. In same way Nike had pushed a lawsuit against Puma for using Nike technologies without permission. Reading the above things Nike and Puma do not seem to go well with each other but both companies are giving a healthy competition to each other and this brings out only the best product from respective companies. Competition is the only thing which brings out the best for an organization in such a huge market.