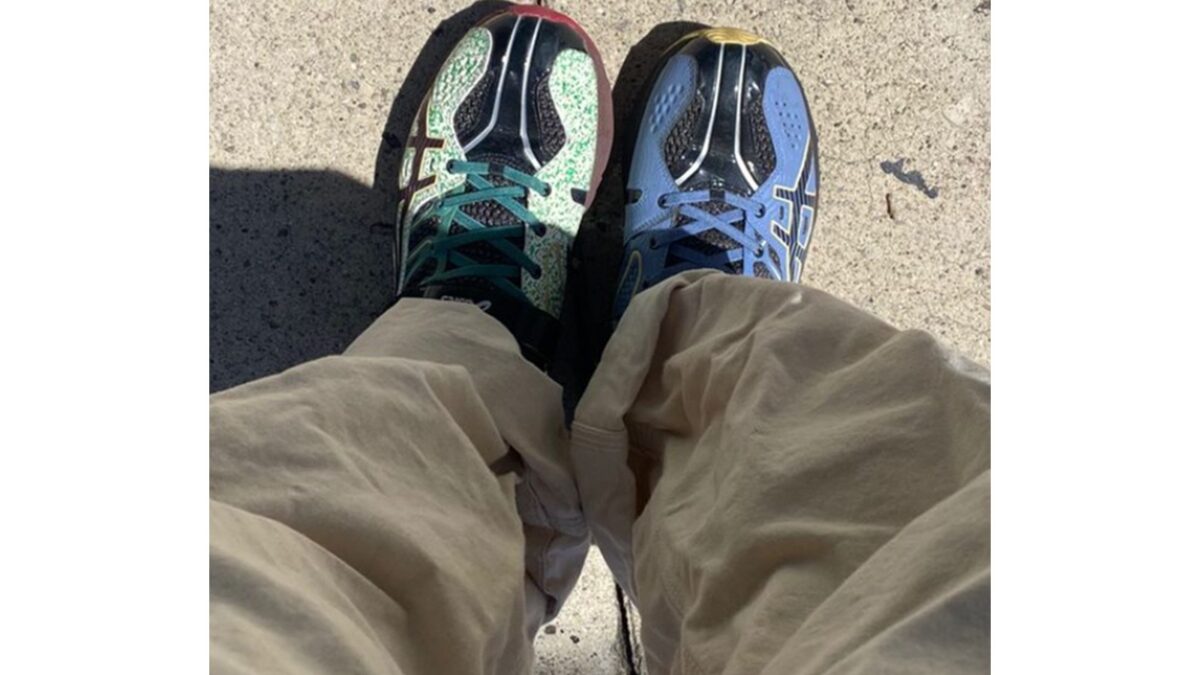 Although Kiko Kostadinov’s partnership with footwear giant ASICS stands officially ended, the Bulgarian designer doesn’t seem to be taking a break. We continue to receive new, innovative designs by Kostadinov and his creative team, with the latest effort being a collaboration with Kyle Ng and Brain Dead, on the upcoming “GEL-Fratelli”.

The design was teased earlier this week by both the designers via social media. The post had a riveting graphic, showing a half-human, half-alien figure. As we move our focus down to the shoes, we learn the reason behind this image, as the shoes sport a bold look with a mismatched aesthetic. Kyle Ng from Brain Dead shared deeper looks into the allure of the GEL-Fratelli and its blue and yellow right shoe, along with its green and red left counterpart.

Kiko and Brain Dead both have confirmed an August 15th release date. But the chances of copping are almost next to impossible, with only 120 pairs up for sale, this release will be super limited. The pair will be available for purchase at Dover Street Market Los Angeles at 10 a.m. PST and in-store at 12 p.m. PST. Stay tuned for more updates on this much-awaited pair.