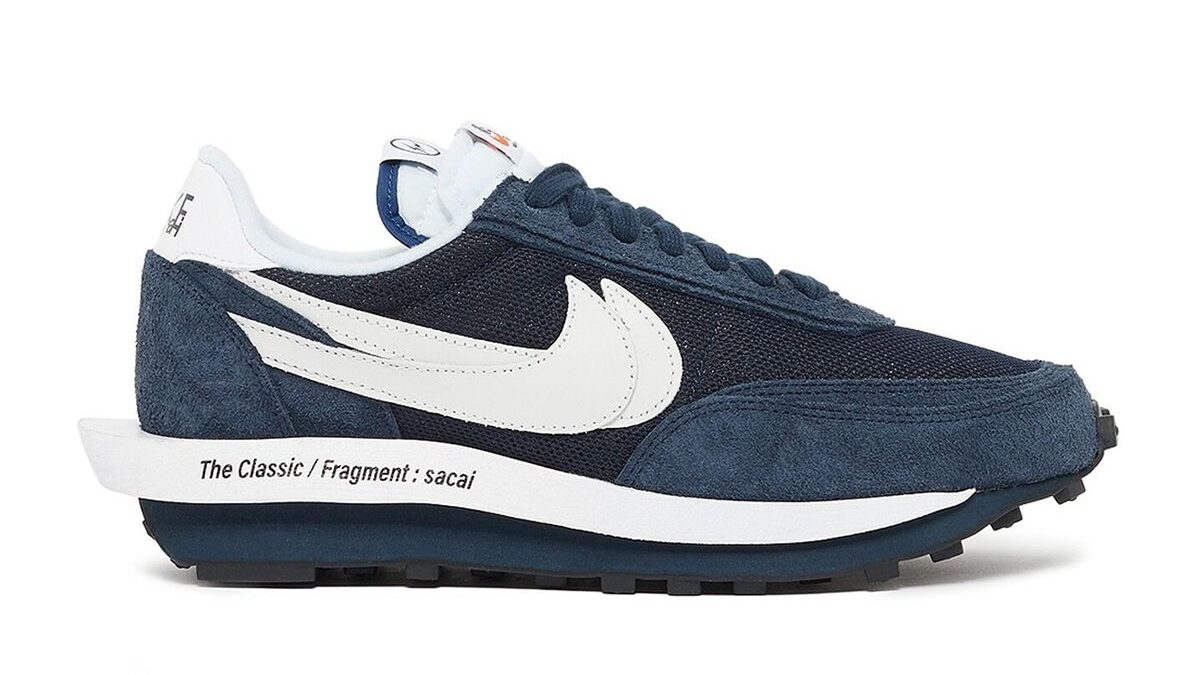 Fragment’s Fujiwara Hiroshi has done it yet again. The acclaimed Japanese designer is expected to return for another partnership with Nike, once again collaborating with a renowned designer. His last official release came as part of a three-way collab in which Fujiwara presented his take on Clot’s Nike Air Force 1 Low, but now he looks at bringing his trademark stylings to sacai’s LDV Waffle.

Hiroshi first got acquainted with the silhouette back in June, but a first image of the pair’s factory production has surfaced through, signaling a possible retail release in the future. A further mock-up provided gives us a pretty good idea of the pair’s construction, featuring navy nylon uppers, double-layered black, and blue suede overlays, dual Swooshes in white, and both black and white nylon tongues. The signature Fragment stamps can be seen on the forefoot, and the pair is completed with a standard white midsole and black rubber outsole.

A first look at the retail offering of the Fragment x sacai x Nike LDV Waffle in the colorway “Blue Void” has now arrived. In comparison with the PE pair seen on Fujiwara’s feet late last year, the retail release arrives without black, instead opting for tonal blues across its mesh and suede upper. At this time, there are no further details on its release aside from its rumored release date sometime in August.

AURALEE And New Balance Add A Luxurious Touch To The 550

The Nike Zoom Type “Hemp” To Drop Exclusively At size?