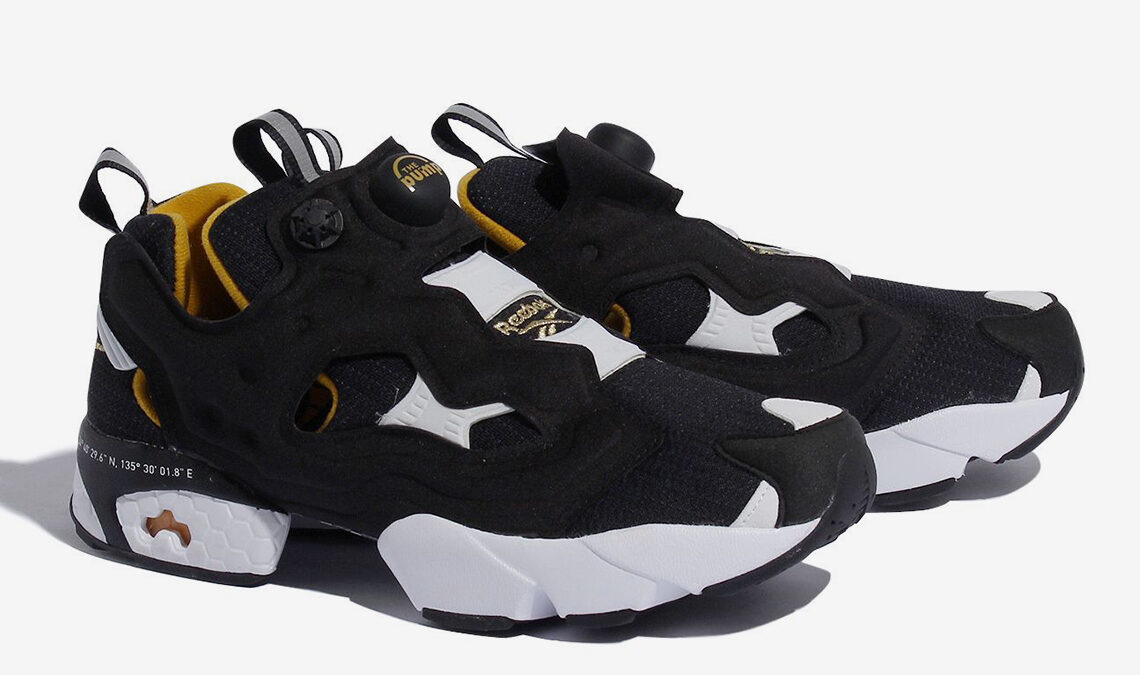 To some extent due to the cancellation of the Tokyo Olympics, Japan will be celebrated twice on a national scale, and every planned sneaker release for later in the summer appears to still be on track, including a pack for the Instapump Fury, which showcases a few of the country’s most popular travel destinations. The pair now boasts a black and yellow outfit, which makes it easier to wear and style. The yellow tones provide very subtle accents around the sockliner, and pokes through the neutral and woven unders. The white segments take this look further, as well as the heel, which houses the golden “Osaka” embroidery. They pair is currently available in some countries, and will release globally soon. Given below is the detailed look.