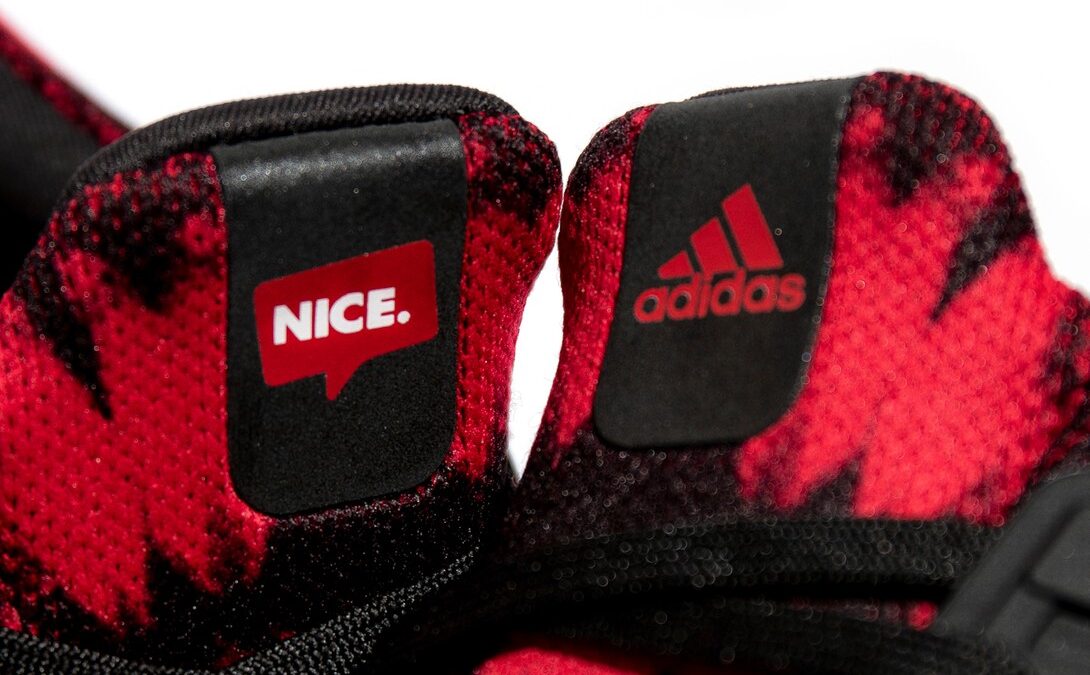 Nice Kicks and adidas have been teaming up to tie-dye since 2016. The duo has come up with four striking tie-dye sneakers that resonate with everything ranging from Nice Kicks’ Bay Area roots to Woodstock and the joys of heading back outside in the summer. Now, they have a fifth and final tie-dye sneaker on the way — the Nice Kicks x adidas UltraBOOST “No Vacancy,” a sneaker that encompasses the entirety of the two’s partnership by replicating the tie-dye pattern used on its very first release.

Apart from completing the proverbial tie-dye circle by nodding to the two’s very first collaboration, the “No Vacancy” tells a story that’s entirely its own. Aiming to encapsulate the feeling of taking a road trip with friends — a classic American pastime — it’s accompanied by a detailed lookbook shot at a historic house in Palm Springs, CA and accompanied by an extensive collection of apparel. The red and black tie-dye look, co-branded tongues and white BOOST midsole will surely be familiar to any Nice Kicks fan, but the “No Vacancy” adds some unique flair with a gum outsole as well.

The pair is due to release on the 9th of July at the Nice Kicks webstore.