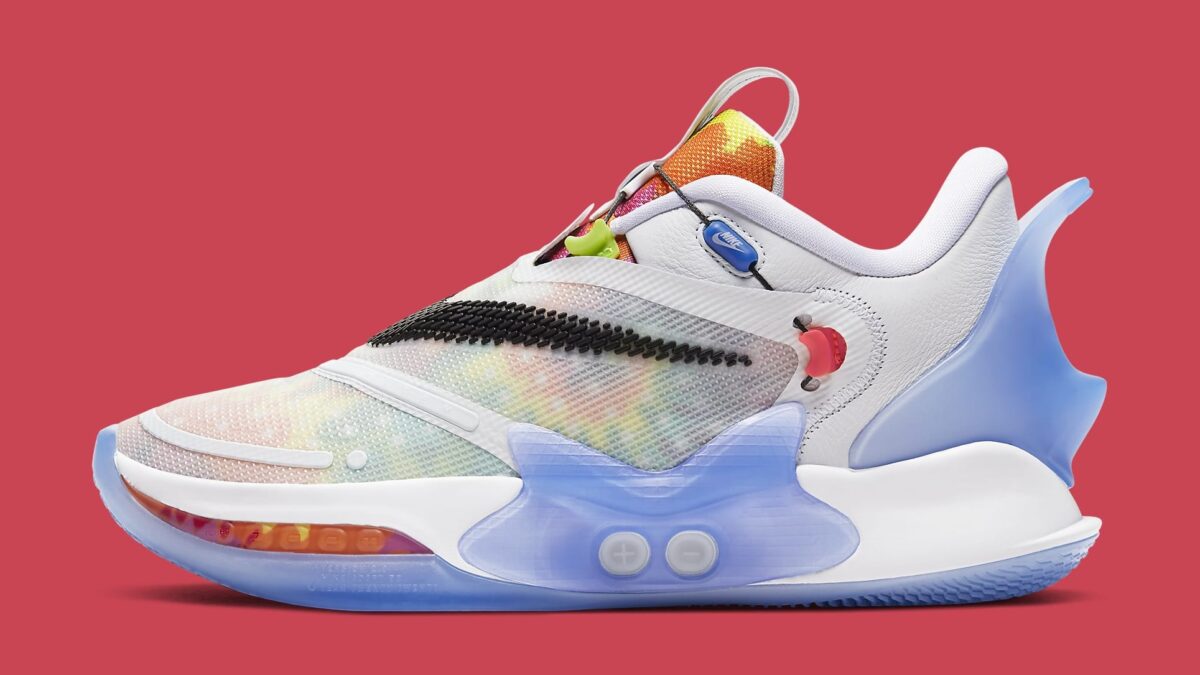 Nike is giving it’s Adapt BB 2.0 a brand new makeover. Previously covered up in neutral and futuristic tones, this tie and dye makeover is expected to hit the market very soon.

From the official images it can be easily noticed that this auto lacing performance basketball shoes is now being covered up in a trendy tie and dye graphic which is hidden under it’s translucent mesh on the upper. With the rest of the features intact, this shoe features a black swoosh and icy blue panels on the heel counter. Save for the toe part, the translucent outsole of the shoe is also icy blue in appearance and the midsole has the regular lace control buttons with in translucent grey.

With the official release info yet to be announced, this tie and dye Adapt BB 2.0 will account for a retail price of $350.