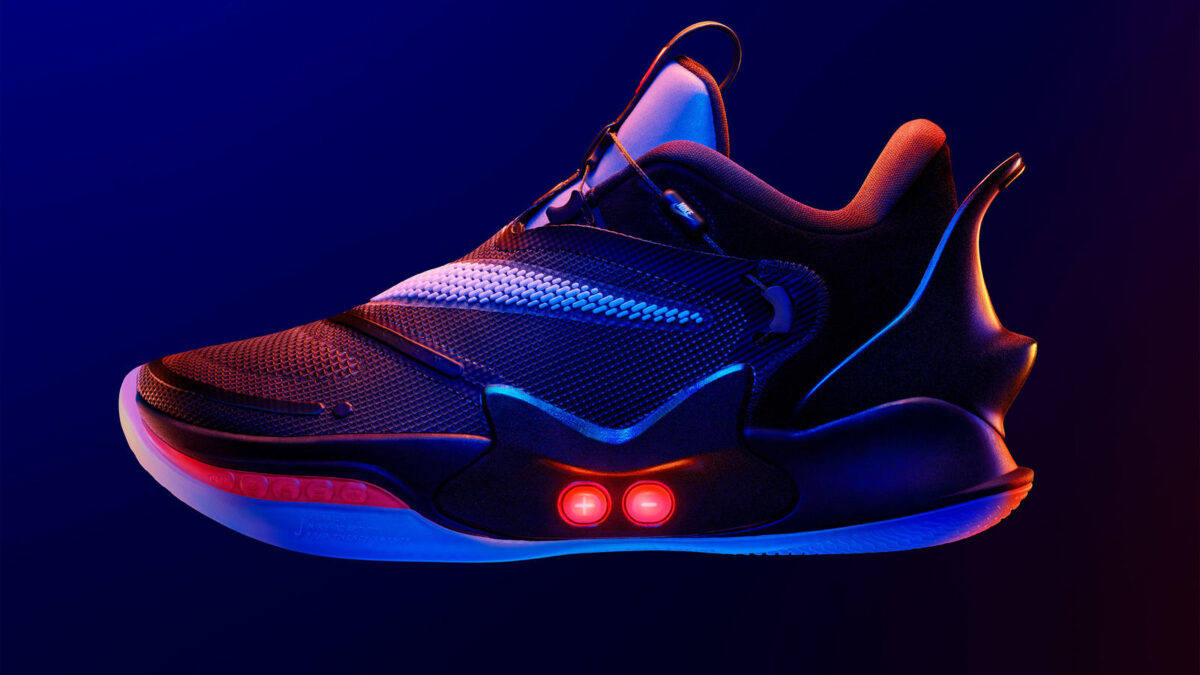 Nike Basketball revolutionized hoops footwear with the Adapt BB in 2019, and now it’s set to push self-lacing technology into the next generation with the new Adapt BB 2.0. With an updated power lacing system, enhanced performance features and a striking new look, the Adapt BB 2.0 expands on the base established by its potent predecessor.

Designed by Benjamin Nethongkome — the man responsible for Kyrie Irving‘s Kyrie 4, Kyrie 5 and Kyrie 6 — the Adapt BB 2.0 is centered around three major improvements: more responsive court feel, an upgraded ride and ease of entry/exit. Nethongkome used Zoom Turbo tech on the forefoot of Irving’s Kyrie 6, and that’s replicated here thanks to a sizable cushioning unit placed under the ball of the forefoot. This setup enhances court feel without interfering with the midfoot’s Adapt mechanism. The ride was a straightforward adjustment, achieved by switching the midsole’s stack height for a more seamless heel-to-toe transition. Finally, the Adapt BB 2.0 proffers a significantly simpler fit, with a wider collar and a stretchy ballistic mesh upper that makes getting your foot in and out a breeze.

All these new innovations are still centered around the Adapt BB line’s signature power lacing system, a marvel of modern footwear that uses a small motor and high-tensile rope bands. This provides a snug and secure fit that can be adjusted electronically through an app on the wearer’s phone. This app can also control the color presented by the duo of lights on the side, making for a multitude of customization options.

From a looks standpoint, the Adapt BB 2.0 offers bold differences as well. Supplying shades of Kobe Bryant‘s later signature models, it’s dressed in black, red and white with a large pixellated Swoosh that stretches across the midfoot. The molded heel clip offers highly conceptual styling with its bold lines, and the lateral side’s midfoot overlay boasts a concave shape, allowing the aforementioned lights to better reflect off its surface area. Not everything is ultra-futuristic, however: the icy blue translucent outsole offers a classic herringbone traction pattern, one piece of timeless tech that hasn’t been topped yet.

The Nike Adapt BB 2.0 was debuted on an NBA court by Memphis Grizzlies wunderkind and prohibitive favorite for Rookie of the Year Ja Morant. Las Vegas Aces forward A’ja Wilson will sport it at the start of the WNBA season as well. A retail release is set for the Nike webstore on February 16, and a price has yet to be announced.

The Adidas YEEZY BOOST 380 “LMNTE” has been revealed