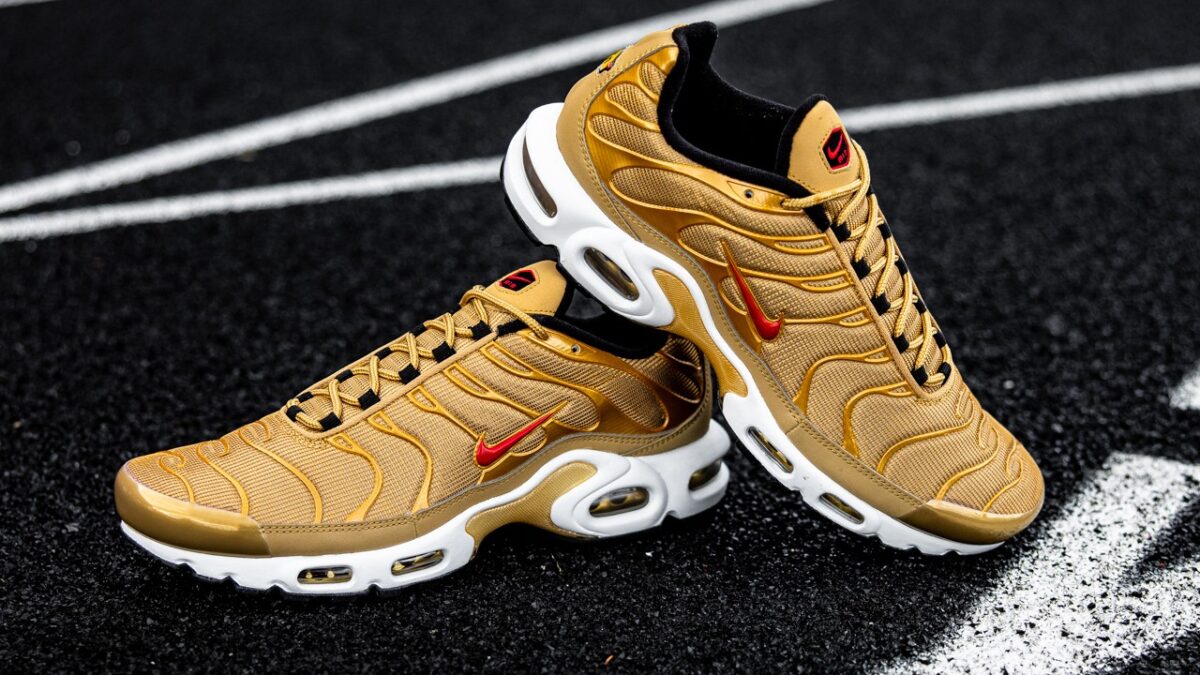 Nike’s favourite Air Max Plus “Metallic Gold” that first seen in 2017, and then one year later in 2018, is set to come back by popular demand.

The pair is also called the “Gold Bullet,” Earnt its name from the renowned Air Max 97 colorway “Silver Bullet” that found itself indulged onto the Air Max Plus when Nike celebrated the AM97’s 20th anniversary. The AM97 did also headlined in “Metallic Gold,” which once again paid homage to this pair here.

Hence, the sneaker’s mesh, leather, and TPU upper are completely dressed in shiny gold. Red is accentuating the swoosh on the lateral mid-panel and the “AIR” logo on the tongue has been added for a hint of alteration, while a “TN” badge on the heel rounds out the upper’s details.

The sneaker sits on a full-length Air midsole in white that’s summed up with gold accents both inside-and-out. The Nike Air Max Plus “Metallic Gold” is set to return from September 12 only on Foot Locker Inc.’s accounts, meaning the shoe will drop at Foot Locker andChamps Sports in the U.S. and Canada, as well as online at Eastbay for $160 USD.