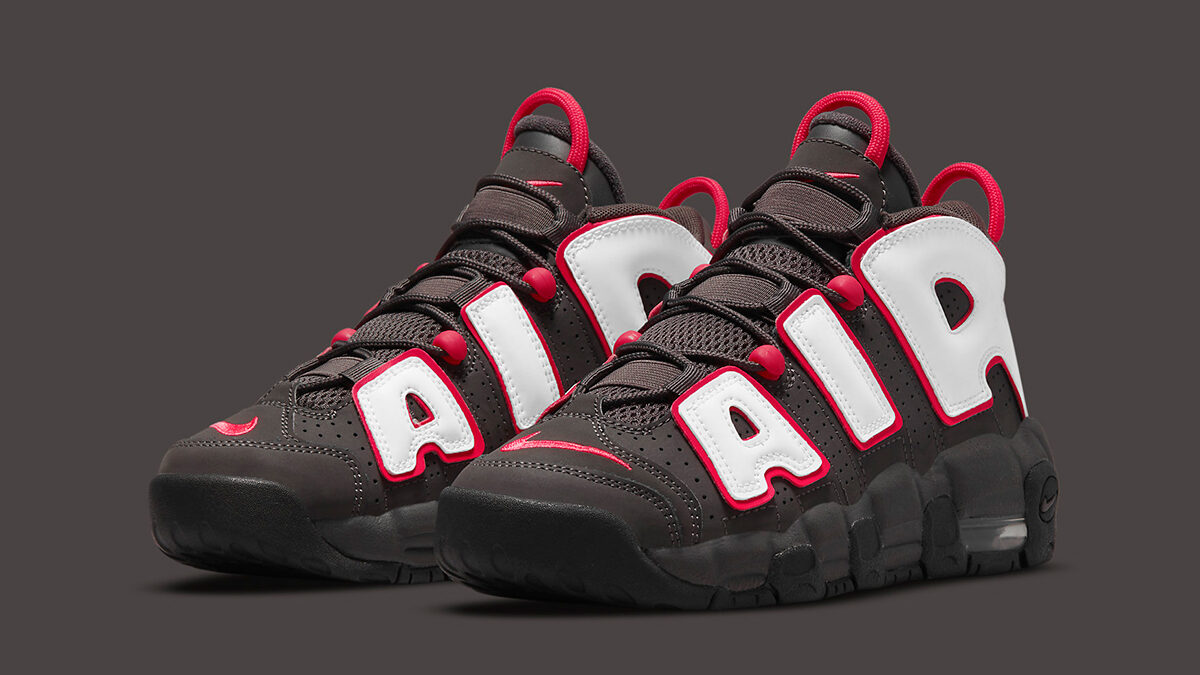 It once again features a Bulls scheme, pairing signature Uptempo colors like red, white, and black with atypical browns. They engulf the nubuck upper, mesh tongues, midsoles, and liners. The outsole appears in a dusty black finish, while the bold Air overlays are white. A sea of red accents follows, ranging from AIR underlays and pulls to embroidered checks and insoles.

The release date for this kids-exclusive Nike Air More Uptempo “Brown Bulls” is still uncertain, but with official images appearing today, you should expect to see these hit select Nike stores and Nike.com soon.

The Nike Air Force 1 Shadow Gets The “Diamond” Colorway