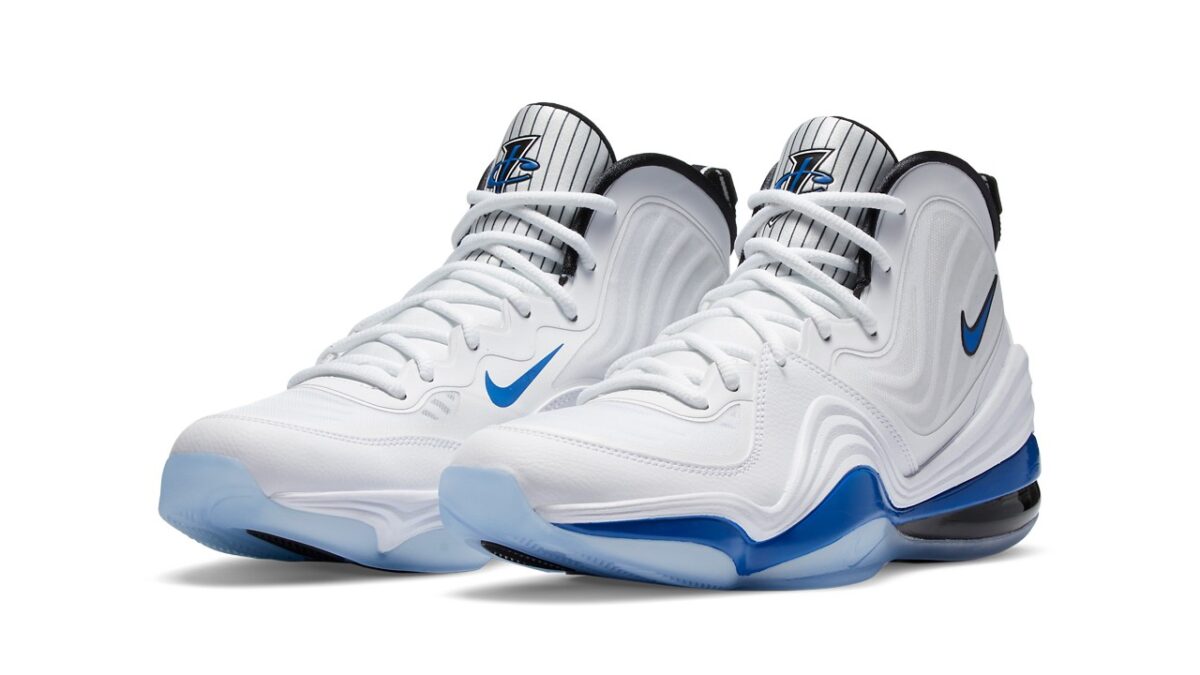 Penny Hardaway‘s Nike Penny V has made a comeback in an Orlando Magic-themed “Game Royal” color palette. Hardway’s classic Nike capsule remains as one of the most significant and impactful sneaker rosters in Nike Basketball lineage, making the “Game Royal” a suitable launch.

Uppers provide a lightweight and flexible layered mesh build, overlaid with synthetic seams to give full support, an athlete desires. This base is dressed in white, but motifs are skillfully attached with black-rimmed blue Swooshes towards the lateral collar, plain blue Swooshes on the medial midfoot, and Penny’s One Cent motifs on heels and tongues.

These tongues also indulge in the shoe’s ’90s Magic themes with black pinstripes, a detail that’s copied on the Achilles-protecting heel cushion. Heel tabs say “Part II Heaven Cent” on the left one and “The Storm Is Over” on the right sneaker. Insoles pay homage to the state of Tennessee — where Penny coaches the University of Memphis (his alma mater’s) basketball team — and reading out an infamous “Ballin’ Is What I Was Born to Do” hit. Blue and white midsoles with black Air Max heel cushioning units are placed above icy blue outsoles to round off the look.The MSRP is usual at $160 USD.