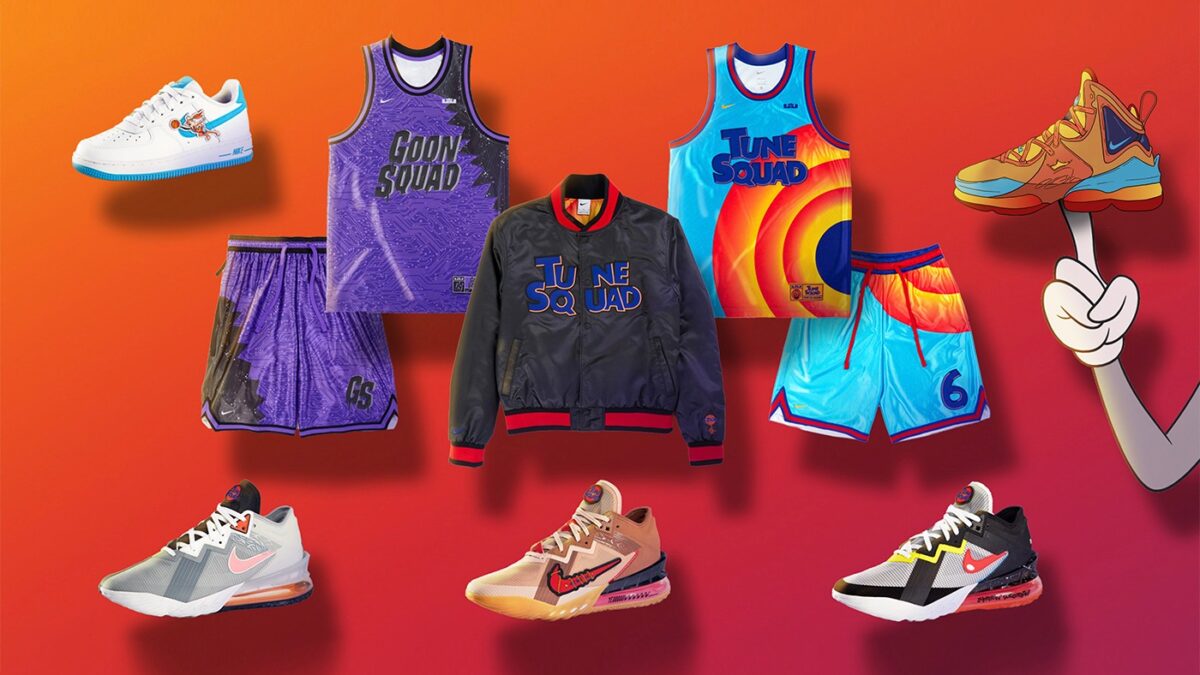 There is ruckus created in the internet with the Warner Bros. merchandise campaign for the release of the highly-anticipated Space Jam: A New Legacy film, a collection of footwear and apparel care of Nike and Converse surfaced the internet.

The collaboration is essentially an ode to fun in sports as it’s “integral in finding your potential because potential is all about possibility.” The two versions of LeBron-branded Dri-FIT uniforms , one featuring Tune Squad and the other Goon Squad along with a varsity jacket fill up the roster come under Nike’s wing. Converse’s apparel lines involve all-black range of graphic T-shirts, shorts and hoodies assembling the Looney Tunes characters.

Nike’s footwear selection stands out the most in the collection starting with a three-style series of the LeBron 18 Low in a split color design portraying iconic faceoffs such as Bugs vs. Marvin the Martian, Tweety Bird vs. Sylvester and Road Runner vs. Wile. E. Coyote. An Air Force 1 spotlighting a host of characters and a Bugs Lebron 18 join the mix.

The new LeBron 19 will be playing a cameo in the film boasting a double-chambered Air Max unit in the heel and a newly shaped Zoom Air forefoot unit.

In a statement , Nike Basketball footwear designer Jason Petrie says , “In designing the LeBron 19, we were definitely guided by what was happening in the film,” “We wanted to give LeBron a brand-new feeling that was synonymous with an otherworldly, space-age kind of look.”

The Space Jam: A New Legacy collection is scheduled to release in the month of July as the movie is to premiere on July 16 nationwide. One can shop the collection on Nike.com and select retailers.

CHECK OUT THE UPCOMING BAPE “SK8-STA”

Medicom Toy Imagines The Mandalorian With Its Latest BE@RBRICK