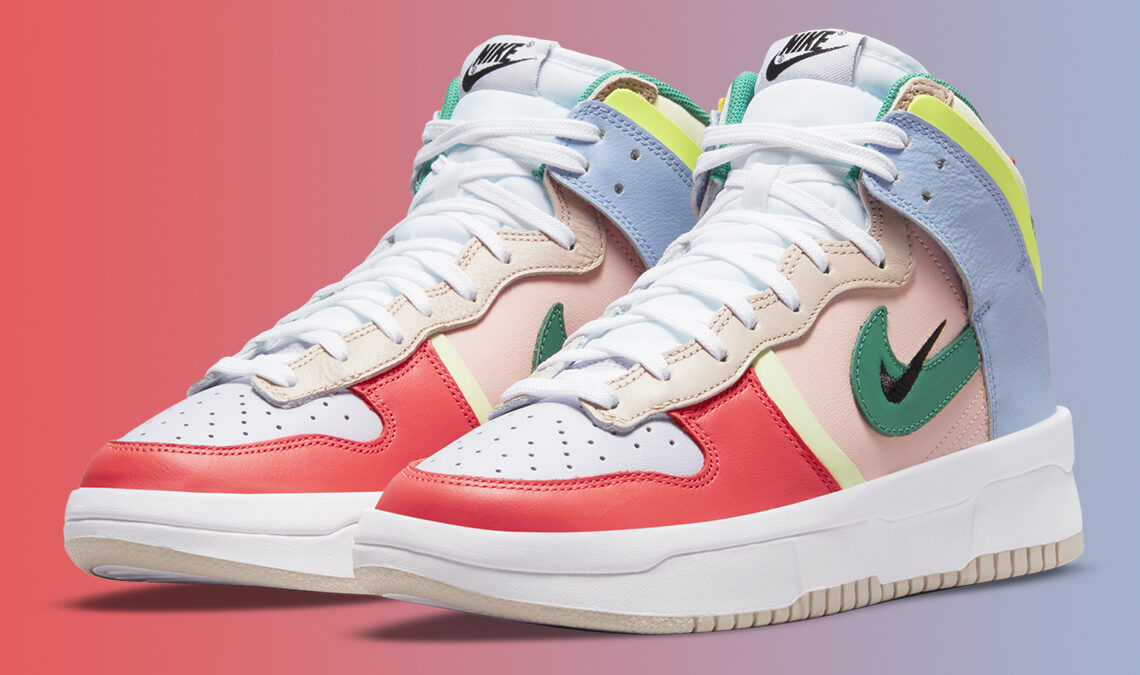 Nike Sportswear took on the women’s focused “Reimagined” collection that saw the classic Air Force 1 silhouette with some bold updates back in early 2019. Modified into five different efforts, respectively named Rebel, Jester, Lover, Sage, and Explorer in order to reflect the distinctive styles of women’s fashion. Back then, the Reimagined series was well-received by the demographic it was intended for, with Jester itself experiencing the longest run in stores.

It now appears that the Nike brand is subtly revisiting the Reimagined series, with the retro shoe currently in the limelight–the Nike Dunk. This first look at the Nike Dunk High Rebel shows the same modified approach, with layered panels and thickly stacked midsoles, providing some variation from the basic model. And while it does hold the “Rebel” distinction, these act more in line with the Air Force 1 Shadow, a shoe that continues to be a top seller for the Nike Women brand.

The Dunk High Rebel for women is set to release in August in Europe and should follow a global drop soon thereafter.

Take an Official Look at the Nike Dunk Low "Shimmer"

Dior gives the B23 a new, more tactical look