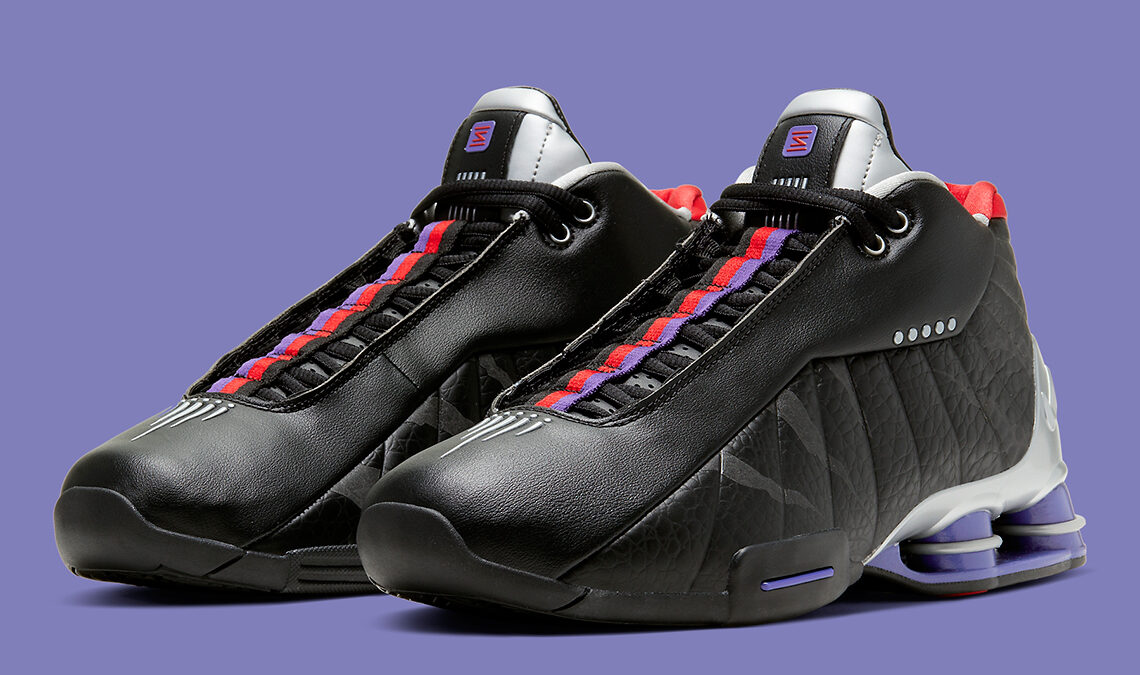 After the a total of 22 seasons in the league, Vince Carter will undoubtedly go down in the books, as one of the greatest NBA players, ever. Nike has decided to honour the basketball player with a colourway of his Shox BB4, inspired by the Raptors. Basically an alternate version of the classic white colourway released in August, this upcoming release builds its uppers with black leathers, which go from a smooth texture on the higher panels, and tumbled leather on the lower parts. On the tumbled leather, there is a small reference to the Toronto franchise, in the form of a graphic of tonal claws along the sides. Three tones striped banners are present on the throat and heels, which alternate in the Raptors team colours, and on the Shox Pistons, which are covered with “Court Purple” exteriors. You can expect the pair to drop on the Nike website on the 15th of June, for $160.