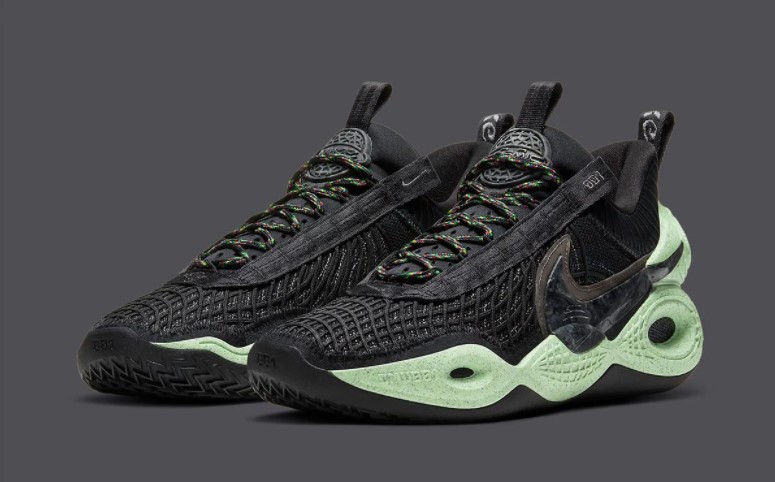 Nike Basketball has seen some of the weirdest and most wonderful technology as taking flight as the world’s premier performance hoops manufacture since the late 1990s. The next page in that endless manifest is a sneaker that has already captivated sneakerheads and hoopers alike thanks to its wild design ethos, mixed material make, and undoubtedly hi-tech tooling, the upcoming Nike Cosmic Unity.

Showing the striking bulbous green midsole and warped net-like woven upper on the court a handful of times, the new silhouette was helped along by Laker Anthony Davis who previewed the pair back in December. Seeing a three-panel construction of the forefoot netting, wavy risen collar, and mesh mid panels, along with lace guards which deliver their own flair through a build that extends past the most-upper functional eyelet à la Air Jordan 34, while some units feature an extreme rear rise and protrusions to give the pair another unique element. Swooshes are somewhat set like the KD 13, sinking below the upper to the sole, a unit that is loaded with a full-length Air Zoom Strobel unit – again consistent with the KD 13. It may likely be intended for an All-Star Weekend debut alongside the color-matched Dunks and Foams, given the “Cosmic Green” and black colors.

A release date for the Nike Cosmic Unity “Green Glow” has been confirmed for February 26th.

Reebok reunites with Vetements to create a scribbled Instapump Fury