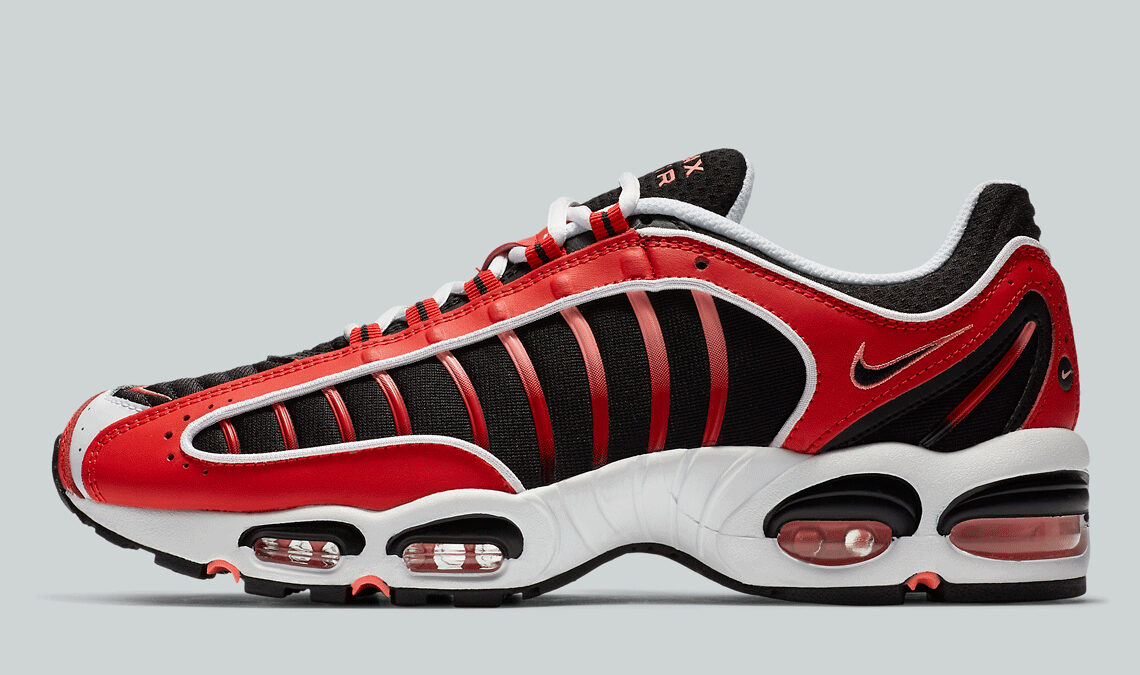 After the collaboration of Nike and Supreme in 2019 on the Nike Air Max Tailwind IV silhouette there was a hype which was created around it. In order to revisit that and make it popular once again, the Tailwind IV is yet again back with another Red/Black Racer colorway which is definitely a healthy option for people who are looking for retro trainers from the 90’s.
The legacy of the shoes eye catching look has been continued by it’s recent addition of this particular colorway. A red hue has been used on the overlay leather panels which rests above a black mesh. White lining has been used to round off the edges of the red panels and on the toe cap too. The branding on the toe cap, tongue, heel and the in-sock is visible in atomic pink which is also visible inside the transparent air unit on the midsole. The rest of the midsole has been done in white, below which a black outsole resides with little highlights of Atomic pink again!
As the release date is still unknown, this pair is set to drop before the holiday season. Sat tuned for more updates!