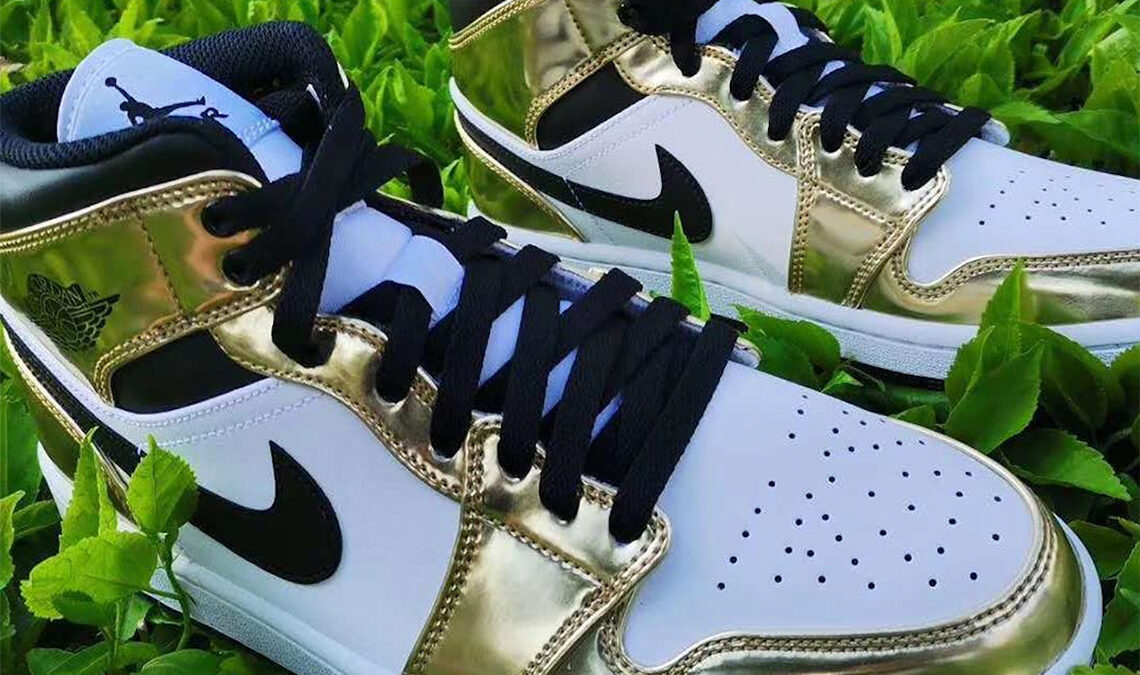 The rate at which new colorways of the Nike Air Jordan 1 mid is being revealed, it’s quiet certain that the shoe is beating it’s low and high top counterpart in that matter.
Yet another colorway that’s been recently teased displays a white golden Air Jordan 1 with black accents. Though there is nothing on the official release, this shoe sports a gold color in components such as the vamp, the eye stays, heel patch and the collar. The rest of the parts are either white leather or Stark black. The swoosh, the wing logo and the outsole are all covered in black accents to round off the look.
The Jordan 1 Mid Metallic Gold is awaiting it’s official announcement but if released, it will most likely retail at the price of $110.
Stay tuned for more updates!

Off-White™ drops the SS 21 What Stars Are You Under?" Collection

The Nike Zoom Freak 2 might debut in the resumed NBA season in Orlando.