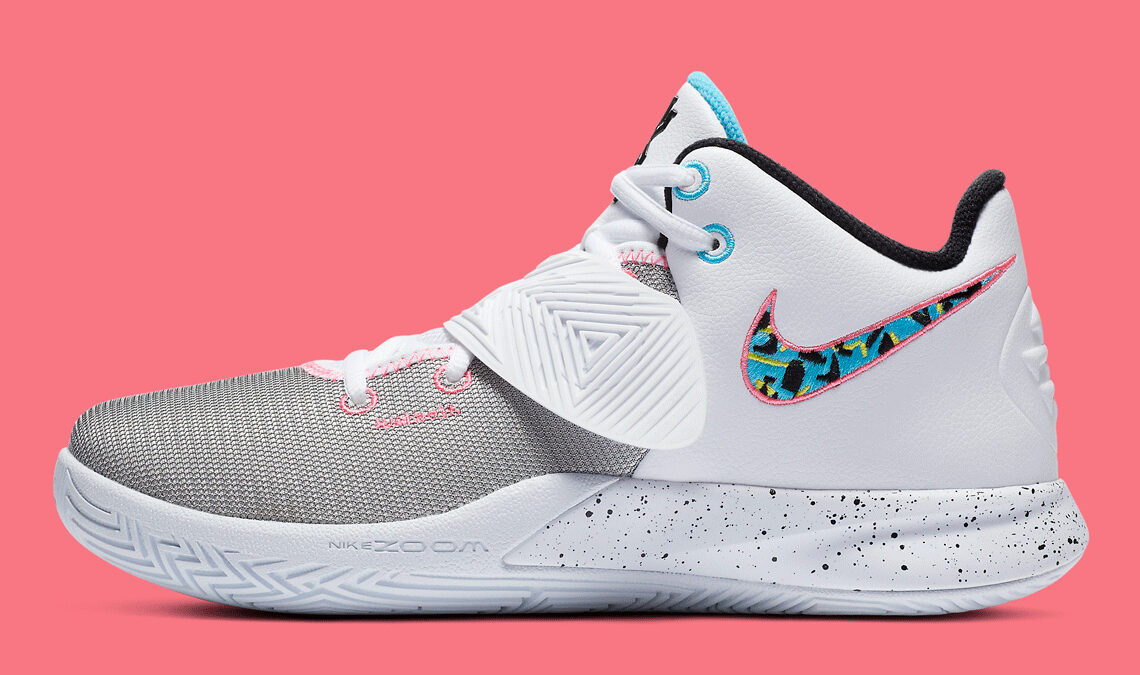 Nike has released a new colorway of it’s Kyrie Flytrap-3, which is often confused with the recently launched Low top counterpart.
Unlike the previous multicolored and flashy Kyrie shoes, the colorway of this particular shoe is quiet simple both in it’s colorway and appearance. The shoe is primarily covered in cool grey; both the forefoot mesh and the leather on the heel. Now the interesting part is the swoosh, eyestays and the throat, the color palette of which is “South Beach” inspired which is also the name of this particular shoe. All the mentioned components sport “Angry Blue” and “Pink”. These colors are also present alternately yet singularly on the tip of the tongue of both Right and Left pair. Similarly the swoosh on the lateral/medial side go “opti yellow” in an alternative fashion.
The heel sports the jersey number “11”, which is the jersey number of Irving since he moved to the Celtics, which has been overwritten to create a hashtag like symbol.
The release date is yet to be released, but the shoe has already released in China and retails for $85.

Adidas has created a 'Star Wars' iteration of the Stan Smith