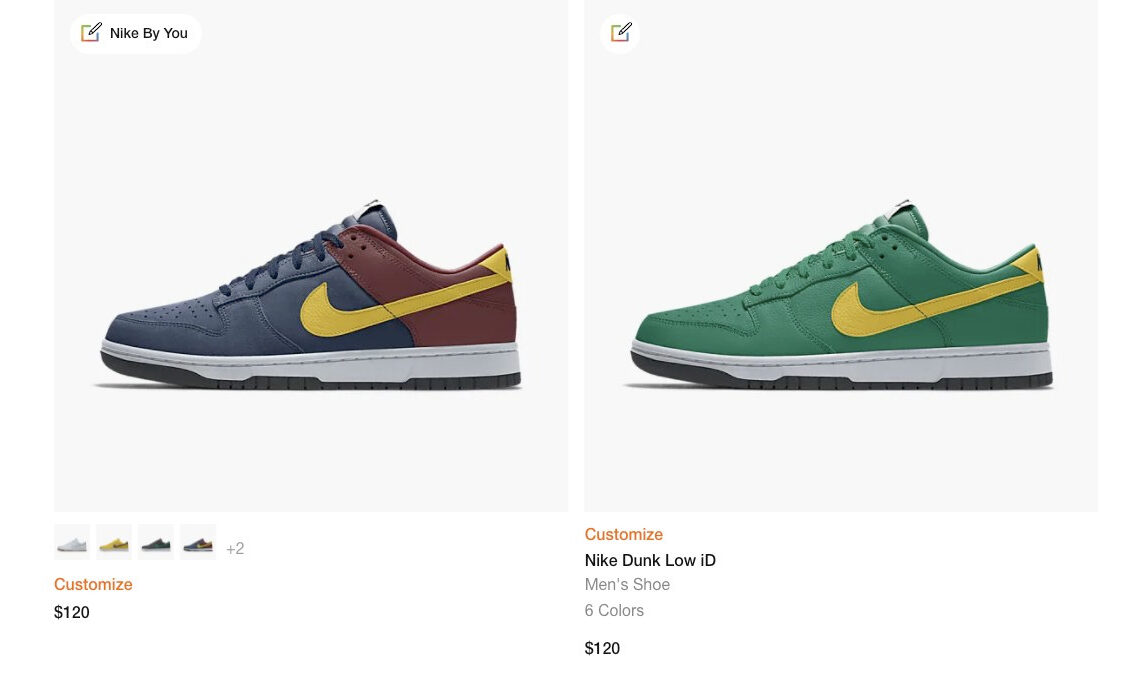 Before the Nike Dunk made a comeback in 2020, this silhouette sat everywhere and even could be bought at discounted rates. NikeiD had to remove Nike Dunk Lows and Highs from their DIY customizable platform due to slow interest among the sneakerheads. This scenario accounts prior to half a decade and things have completely flipped in 2019/2020 year. The unthinkable collaborations and Travis effect have shot up the resale prices on Dunks and is impossible to cop them at retail now.

Some screenshot leaks have revealed that the the very least, the Dunk Lows could make a return to customization for $120 price tag. But as of now there are no strong sources who have confirmed the same. The picture show Dunks in a variety of color options and one more detail to be noticed is that even though Nike has transitioned from iD to By You, the dunks can return as Nike Dunk Low By You.

If the Nike Dunk Low makes a return to By you platform then for sure the prices on Dunks are going to fall rapidly. It might be too early for making them customisable as there are many plans for the Nike Dunk moving forward.

The Nike Zoom Type SE Goes Over The Top With Jewels, Sherpa Shrouds And More