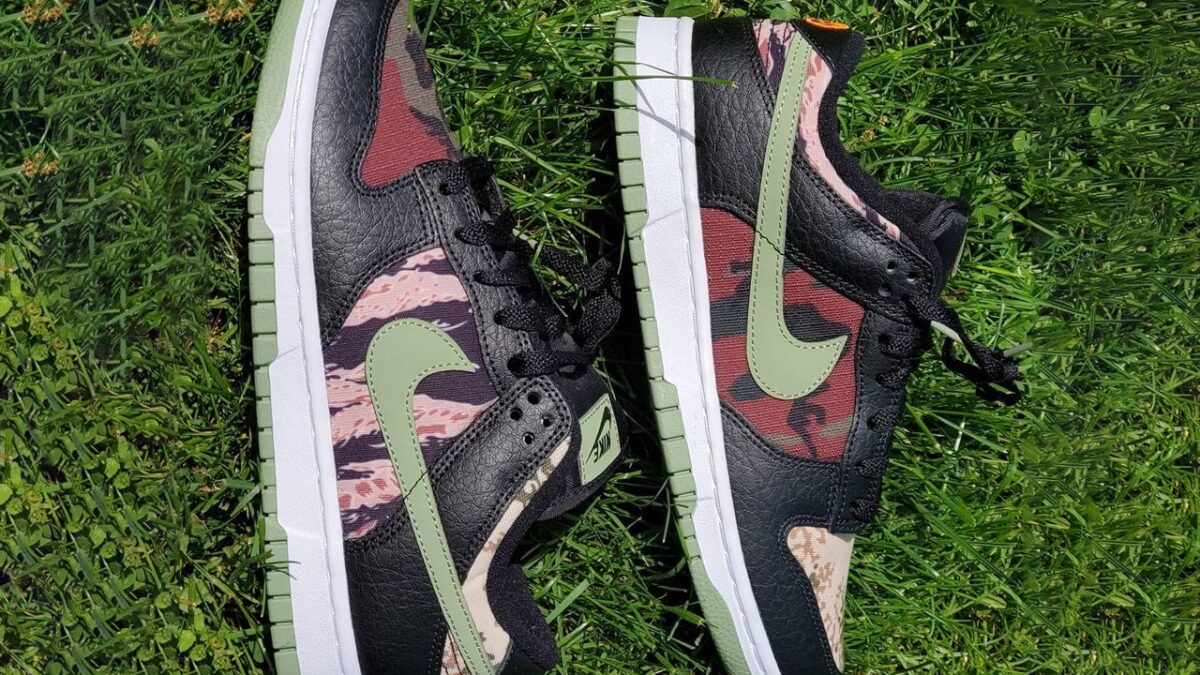 In an attempt to break the two-tone cycle we’ve seen in recent weeks, Nike has designed the popular Dunk low in a new “Crazy Camo” colorway. After the release of the camo-coated dunk , the “Crazy Camo” which is an amalgamation of a variety of patterns, prints and colors, making for a camouflage hodgepodge that will surely make the quirky dunk lovers happy.

The three patterns used are classic woodland camo, vivid tiger camo and combat-ready flecktarn camo. Each pattern arranged in an asymmetrical fashion across the upper’s ripstop toeboxes, quarters and collars . For an instance, the left toebox uses a woodland camo , on the other hand , the right one opts for an flecktarn camo — and is bordered by rich black tumbled leather on the mudguard, eyestays and heel.

Further detailing is carried on by black nylon tongues that feature an olive leather swoosh with black Nike sportswear branding, and the midfoot Swooshes are also painted in a similar olive shade. Mirroring the collage-like stylings of the upper, heel tabs each feature different hits: the left shoe supplies an olive Nike spellout, the left shoe a blaze orange Nike Basketball logo. White midsoles and olive outsoles round off the look.

The release date for the Nike Dunk Low “Crazy Camo” is likely to be set for later this summer.