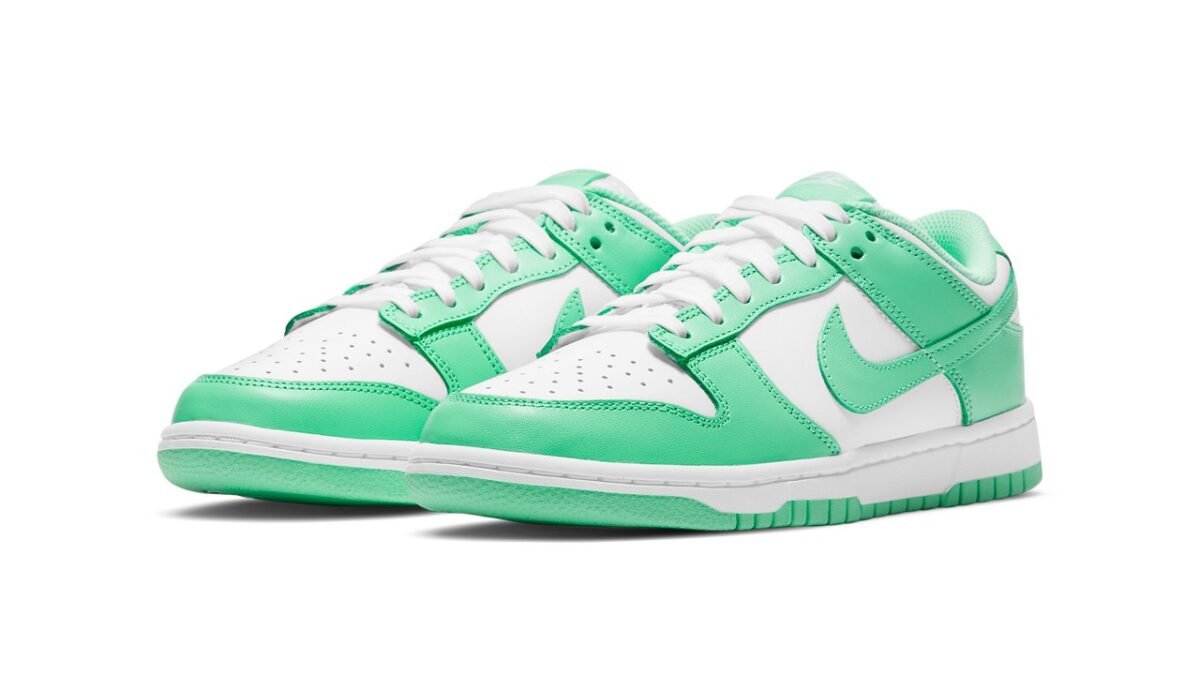 With fresh colorways releasing almost every week, Nike’s Dunk Low seriously requires some breathing space. However that doesn’t seem to be the case as the brand wishes to maintain the momentum with the upcoming “Green Glow” colorway. Set to release as a women’s exclusive, the pair will arrive with extended sizes. The “Green Glow” colorway beautifully captures Nike Sportswear motifs and materials with modern-day secondary hue, making it a perfect pair for newly joined as well older enthusiasts.

True to its name, the uppers display the trademark “Green Glow” tone across the mudguards, eyestays, Swooshes and heels. Apart from the green, shades of white are present on the leather toeboxes, quarters and collars along the usual dunk color pattern. Aside from the Swooshes, hits of branding arrive via an embroidered spellout graphic on the heel tab and a fabric Nike badge on the nylon tongue. White laces conclude the uppers while a white and green midsole and outsole combo complete the lowers.

The pair will be released via Nike SNKRS and select global retailers come 16th of April for a MSRP of $100 USD.